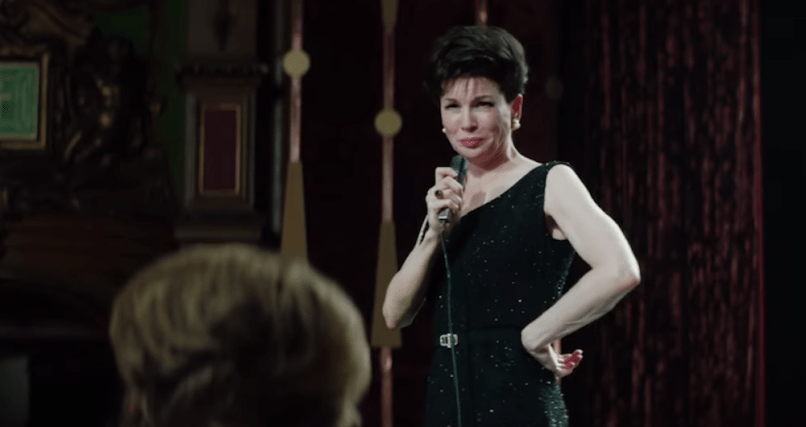 Judy Garland could do it all during her time — including, apparently, duet with superstars from the next century. Renée Zellweger plays Garland in Rupert Goold’s forthcoming biopic Judy. The film’s soundtrack, which was announced today, reveals Zellweger singing with Sam Smith and Rufus Wainwright on two different songs for the movie.

Judy: The Original Soundtrack is set to be released on September 27th — the same day the biopic hits theaters nationwide — via Decca and Republic Records. While the full tracklist has yet to be shared, we do know that some special collaborations will take place. Zellweger and Smith team up to sing “Get Happy”, one of Garland’s hits from Meet Me in St. Louis. Later, Zellweger duets with Wainwright for the heart-tugging “Have Yourself a Merry Little Christmas”, the classic standard from the same film. Both renditions were newly recorded for the album.

Wainwright has plenty of experience when it comes to Judy Garland’s work. In 2007, he released his first live album, Rufus Does Judy at Carnegie Hall, which earned him a Grammy nomination. “It’s nice to come back and observe [Garland] again in the film and through this wonderful duet with Renee,” he says in a press release. “Her performance is astounding in a film that focuses on the love and the generosity that Judy always had for the world around her. It reminds me of how unique her life and art were.”

Smith expressed similar excitement to be a part of Judy‘s soundtrack. “[Garland] was one of the bravest humans out there and her vulnerability and honesty in her art still gives me goose bumps like it did the first time,” he says. “It was truly an honor to sing with Renée. Nobody could have played Judy as well as Renée, and it is a career highlight for me to be singing with her, and in some small way, with Judy.”

Based on the 2012 Tony-nominated Broadway play End of the Rainbow, Judy follows the iconic Garland 30 years after she rose to fame in The Wizard of Oz. Revisit the film’s first trailer and follow-up clip to get a feel for how these new duets will fit into the biopic.