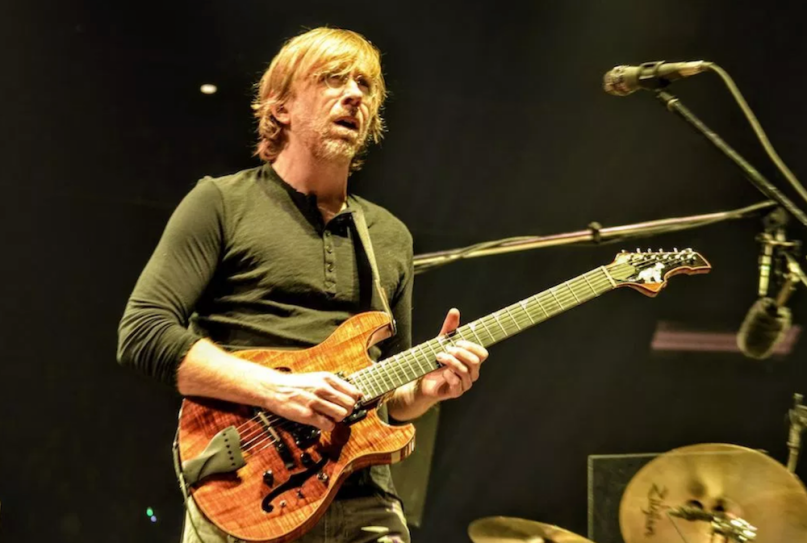 For nearly a decade, Phish have closed out the summer with a three-night stint at Dick’s Sporting Goods Park in Commerce City, Colorado. This year’s edition returns August 30th – September 1st, but fans will have to contend with an unlikely and unwanted special guest: the Bubonic plague.

As Stereogum points out, Commerce City has recently come under the threat of prairie dogs infected by plague-carrying fleas. Local officials have been trying to curb the issue by spraying insecticide, but the risk of the plague has already resulted in the cancellation of at least one sporting event at Dick’s Park.

(Read: Phishing for a Future: The Strange Evolution of Bonnaroo)

The iconic jam band’s trio of concerts, also fondly known as Phish Dick’s, is still scheduled to go on as planned over Labor Day Weekend, but with a number of changes that will impact nearly all attendees. Ticket holders usually camp out en masse in the dirt area surrounding the venue, but in order to minimize the spread of the plague, only limited camping will be allowed this year. Additionally, the popular tailgating spot dubbed “Shakedown Street” will be shut down.

“The area where a lot of the Phish participants will normally be camping they won’t be allowed to be camping,” the city’s Mayor Sean Ford confirmed during a Commerce City Council meeting on Monday. He also said police will be on hand to enforce the policy.

Mayor Ford’s announcement followed weeks of speculation over whether the Phish Dick’s concerts would happen at all. As local outlets have reported, promoter AEG Presents and the venue itself left fans in the dark regarding the status of the shows and camping situation.

“I’ve emailed the director of Tri-County Health. I’ve emailed people at Dick’s Sporting Goods Park who manage reservations. Not a single word from anybody,” one attendee told Denver’s Fox 31.

In a statement Tuesday, Phish acknowledged the plague threat and necessary changes to the camping policies,

“As a result, we are sorry to say that there will be no overnight camping allowed for this year’s shows. All camping tickets and RV tickets (and associated service charges) will be automatically refunded within the next few days. We recognize the tremendous inconvenience this may cause for those who had planned on camping. Our friends at CID have created a special portal with listings of nearby hotels including some with discounted weekend rates for Phish fans.”

Tickets are still on sale for the Phish Dick’s shows, as well as Phish’s lengthy fall tour. Purchase yours here.

Below, watch a report from Fox 31, followed by video footage from the Commerce City Council meeting.