He also reveals how he helped start Johnny Depp's career 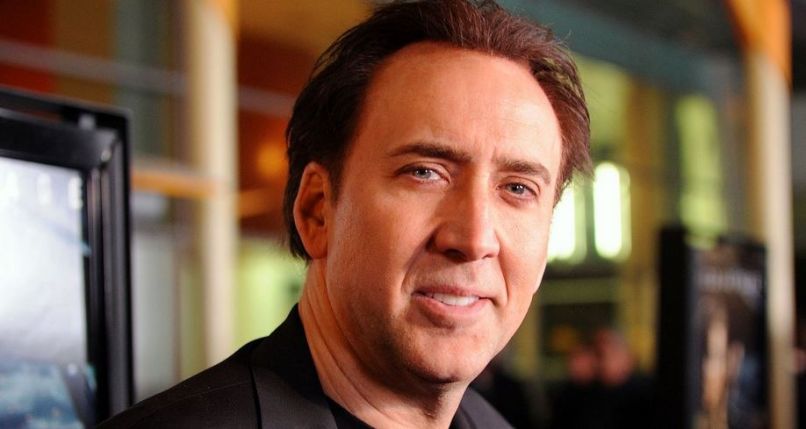 Most would agree that Nicolas Cage lives and works in mysterious ways. In a new interview with The New York Times, however, the Oscar-winning actor cleared up many legends and myths about his persona — while naturally adding new ones into the mix.

During the course of the discussion, Cage opened up about his privacy, particularly his feelings about being taped while performing Prince. He also shared how he helped make Johnny Depp famous (over a game of Monopoly, no less). Elsewhere, he digressed on his multiple extravagant purchases, namely his dinosaur skulls.

In between, he peppered the conversation with a range of outstanding quotes, from being hypnotized by his cobras to wanting to live more like Axl Rose. It’s an incredible interview worth full read, though we’ve pulled out a few of the many highlights.

“I once had brunch with Warren Beatty, and I said, ‘Do you have any idea how lucky you are that you were Warren Beatty in the ’70s, before everyone had a cellphone with a video camera?’ He just smiled. It’s so true. You go to a karaoke bar with a male friend in the neighborhood, the bar says ‘no videotaping’ and suddenly, there’s two different videos of you doing karaoke. Who did that? Who exposed the videotape? Who sold it?

It was around the anniversary of Prince’s passing. Everyone knows how much I admire him as an artist. But honestly, I wasn’t even doing that to sing. It was more like primal-scream therapy. It was a holiday weekend, and I didn’t want to go anywhere, but my friend who was with me said, ‘You can’t sit here in your apartment. You’ve got to go out.’ So I went to the one place in my neighborhood that I knew had no video recording, just to have some fun, and that became everybody’s business.”

What were you primal-screaming about?

“I have to be careful about what I can divulge. There was a recent breakup. I don’t really want to talk about it. I was pretty upset about that and the way things happened. To answer your question, earlier in my career I was very specific in my concept of who I wanted to be. I saw myself as a surrealist. This is going to sound pretentious, but I was, quote, trying to invent my own mythology, unquote, around myself.”

On Living a Drug-Free Life

“I am completely anti-drug. I don’t do drugs. I don’t drink when I work. Sometimes in between movies I’ll have some drinks, but not always. I make so many characters, and I go so internal with them, that sometimes, when I’m not filming, wine or champagne is like an eraser to a chalkboard. You can erase the character and make a clean slate so you can start making a new character. I hope that makes sense.”

On Animals Influencing His Performances

“The cobras, definitely. They would try to hypnotize you by going side to side, and when I did Ghost Rider: Spirit of Vengeance, that’s something my character does before he attacks. Animals are fun places to get inspiration. Actually, I thought Heath Ledger was doing some reptilian stuff as the Joker, with the tongue darting out all the time.”

“The true story is that we were already friends. I was living in an old building in Hollywood called the Fontenoy, and I think I ultimately rented the apartment to Johnny, and he started living there. He was at the point in his career where he was selling pens or something to get by. He would take my money and buy cocktails but wouldn’t tell me about it. He admitted it later.

But anyway, we were good friends, and we would play Monopoly, and he was winning a game, and I was watching him and I said, ‘Why don’t you just try acting?’ He wanted to be a musician at the time, and he told me, ‘No, I can’t act.’ I said, ‘I think you can act.’ So I sent him to meet with my agent. She sent him out on his first audition, which was A Nightmare on Elm Street. He got the part that day. Overnight sensations don’t happen. But it happened with him.”

On Investments and Dinosaur Skulls

“You have good investments and bad investments. The good investments came from personal interest and my honest enjoyment of the history. For example, Action Comics No. 1: I bought that for $150,000. Then it was stolen. I got it back and sold it for $2 million. But that was a good thing to have, because I had an interest that was sincere. The funny thing is, my real estate buying spree was what the real problem was. It wasn’t these other things like shrunken heads that the media liked to talk about.

Or an octopus. What is an octopus, $80? You’re not going to go into dire straits buying an octopus. The dinosaur skull was an unfortunate thing, because I did spend $276,000 on that. I bought it at a legitimate auction and found out it was abducted from Mongolia illegally, and then I had to give it back. Of course it should be awarded to its country of origin. But who knew? Plus, I never got my money back. So that stank.”

“Yeah, if you go to Glastonbury and go to the Chalice Well, there’s a spring that does taste like blood. I guess it’s really because there’s a lot of iron in the water. But legend had it that in that place was a grail chalice, or two cruets rather, one of blood and one of sweat. But that led to there being talk that people had come to Rhode Island, and they were looking for something as well.

I don’t know if I’m going to say that’s why I bought the Rhode Island property. But I will say that is why I went to Rhode Island, and I happened to find the place beautiful. But yes, this had put me on a search around different areas, mostly in England, but also some places in the States. What I ultimately found is: What is the Grail but Earth itself?”

On Taking Films for Money

“Financial mistakes happened with the real estate implosion that occurred, in which the lion’s share of everything I had earned was pretty much eradicated. But one thing I wasn’t going to do was file for bankruptcy. I had this pride thing where I wanted to work my way through anything, which was both good and bad. Not all the movies have been blue chip, but I’ve kept getting closer to my instrument.

And maybe there’s been more supply than demand, but on the other hand, I’m a better man when I’m working. I have structure. I have a place to go. I don’t want to sit around and drink mai tais and Dom Pérignon and have mistakes in my personal life. I want to be on set. I want to be performing. In any other business, hard work is something to behold. Why not in film performance?”

“I heavily prefer to not go out. I’d rather just stay at home. I don’t think I can decompress ever again, even at a karaoke bar. It’s too vulnerable. I’m not trying to complain. It’s a fact of life that I have to accept. I’d much rather let my work and not my personal life speak for me. Rob Zombie once said to me, ‘Be as normal in your own life as you can be, so you can be as messed up as you want in your art.’

That’s what I want. I want to be on the Axl Rose program. I don’t want to go anywhere. I just want to look at my aquarium, look at my sea horse, read my Murakami, watch Bergman. I’ve been on a great Bergman run. I just saw The Virgin Spring, Hour of the Wolf, Persona. I also love Tarkovsky. I love The Sacrifice. I looked at Stalker again. I have all the time in the world in between movies to lose myself in these maestros’ films.”

Once again, read the complete interview for more gems. If you’re looking for more Cage, he can currently be seen in A Score to Settle, which dropped last weekend. Among his dozen or so projects includes the highly anticipated adaptation of H.P. Lovecraft’s terrifying short story, Colour Out of Space. You can also revisit his epic performance in last year’s Mandy, which is streaming exclusively on Shudder.