A legendary performance from the Video Vanguard Honoree

by Nina Corcoran and Lake Schatz 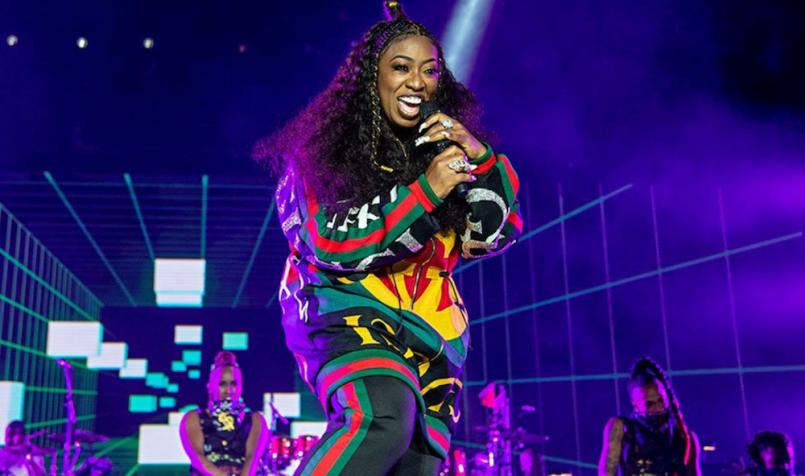 It’s been years and other MCs still ain’t got nothing on Missy Elliott. The legendary rapper took the stage at this year’s MTV VMAs to perform an epic medley of her biggest hits, including “Get Ur Freak On”, “Work It”, “Pass That Dutch”, “The Rain (Supa Dupa Fly),” and “Lose Control”. The 2019 recipient of the Video Vanguard Award also threw down “Throw It Back”, a single from her recently released Iconology project.

Drawing inspiration from her now-classic and iconic music videos, Missy’s performance featured stage props galore (fire, scarecrows, you name it) and the kind of choreography you’ll remember for decades. Further nodding to her past, her “Work It” segment included the return of dancer Alyson Stoner, who notably starred in the single’s original video.

Replay the entire performance below, and catch all this year’s VMA performances here.

Missy was also honored with the Video Vanguard Award following an introduction from Cardi B. Missy’s broken plenty of ground in her career — from being the only female rapper with six platinum albums to being the first female hip-hop artist inducted into the Songwriters Hall of Fame — but perhaps her most reputable victory is the continued release of iconic music videos. Armed with an unending flow of creativity, innovation, and influence, she’s gone on to change the music video playing field. So it’s fitting she’s MTV’s Video Vanguard Honoree, joining the ranks of Beyoncé, Madonna, and Kanye West.

In her acceptance speech, Missy thanked artists like Janet Jackson, Busta Rhymes, Peter Gabriel, and Madonna. She also dedicated the performance to “every dance community out there,” noting that dancers “aren’t just props… you are the beat to the heart.”