Mike Tyson smokes $40,000 worth of weed every month 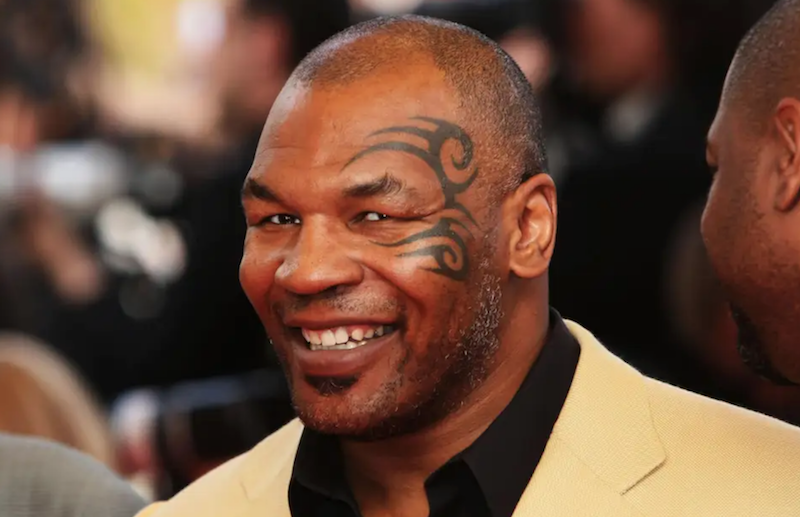 Since retiring from the ring over a decade ago, Mike Tyson has swapped his boxing gloves for a gig in the marijuana business. Nowadays, one could consider him a heavyweight champion in the sport of getting lit: Tyson says he smokes at least $40,000 worth of weed each month.

The former boxer revealed the astonishing number during the latest episode of his podcast, Hotboxin’ with Mike Tyson, featuring special guest Jim Jones. “What do we smoke a month?” Tyson asked his co-host Eben Britton. “Is it $40,000 a month?”

“Oh, I don’t know,” replied Britton, himself a former pro athlete. “We smoke ten tons of weed a month at the ranch.”

“$40 grand,” continued Tyson, who reportedly has been smoking since he was 10 years old. “Ain’t that crazy? That’s crazy shit, right? We take it for granted.”

Tyson and Britton’s monthly supply comes from their own “ranch,” a sprawling 420 acres (of course) of land in California. However, it will soon serve a much greater purpose as a weed-themed resort open to the public,

“We’re going to make this an oasis in the fucking desert, man. We’re gonna have golfing shit there. Cannabis friendly, my friend. One acre-long lazy river, wave pools you can fucking surf … you can surf up there. We’re going to have like 100 chateaus where you can bring your broad, you can bring your family, you can lay out and you won’t even know you’re in California. You’ll think you’re in the Bahamas somewhere.”

Tyson, stoned and floating down a lazy river? I don’t think even the Bahamas could come up with something like that.

Ironically enough, Tyson was fined $200,000 after testing positive for weed following his 2000 match with Andrew Golota, as CBS points out. Now, the 53 year old is moving major money — and legally so — thanks to the plant.

Check out the full podcast below.