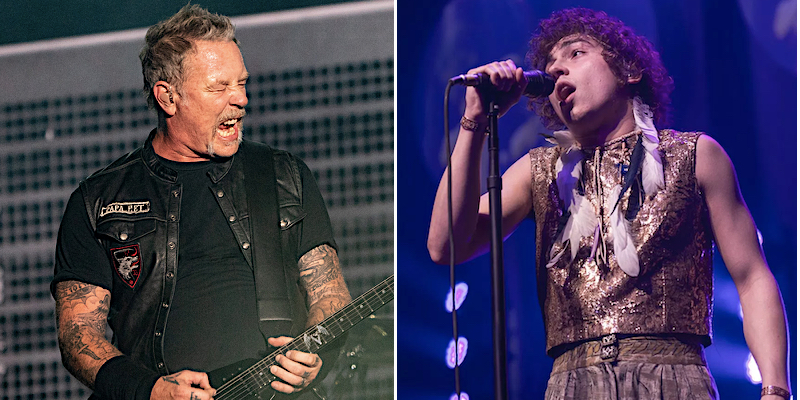 Metallica will continue their seemingly never-ending “WorldWired Tour” into next year, as the metal giants have announced a new string of South American dates. Joining the Rock & Roll Hall of Fame band as support will be none other than young retro-rockers Greta Van Fleet.

The brief six-date outing will take place in April 2020, beginning with an April 15th show in Santiago, Chile, and wrapping up with an April 27th gig in Belo Horozonte, Brazil. Get tickets here.

In announcing the news on their website, Metallica implied there will be even more 2020 shows in support of their 2016 album, Hardwired … To Self-Destruct. The band stated, “As the WorldWired tour hits the last leg in Europe, there are still so many places left to visit; South America, you’re up first in 2020!”

Metallica continued, “The last time we had the pleasure was in 2017 as part of the Lollapalooza festival and now it’s time to come back with the full-on stadium experience (as seen in N. America and Europe) for six headlining shows including two Brazilian cities we have never played in — Belo Horizonte and Curitiba. Opening the shows will be recent Grammy winners Greta Van Fleet!”

Greta Van Fleet, who’ve faced their share of backlash for sounding similar to Led Zeppelin, are working on a follow-up to their 2018 debut, Anthem of the Peaceful Army. This time around, the band promises a vibe that’s “definitely much different” than their first LP.

Prior to the South American shows, Metallica will kick off the final leg of their European tour with Ghost tonight (August 14th) in Bucharest, Romania. In September, they’ll return to the States to perform two “S&M2” shows with the San Francisco Symphony, and in October they’ll hit Australia and New Zealand with Slipknot.