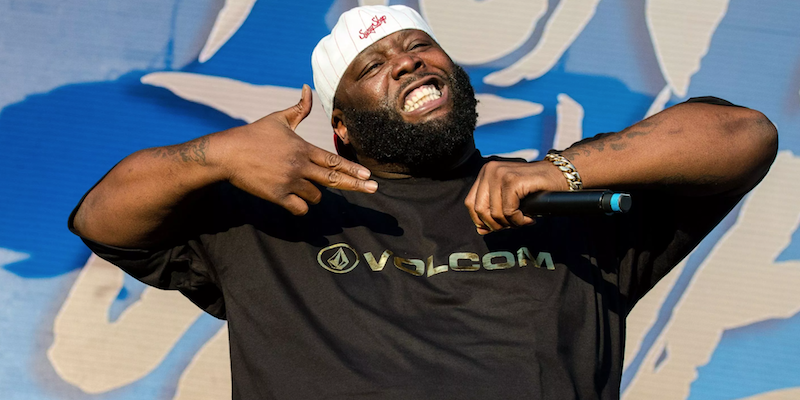 Killer Mike is well-known — and frankly, beloved — for his outspoken political opinions. As a staunch supporter of the Second Amendment and a member of the National African American Gun Association, he’s never been shy about being an advocate for gun rights. He sees it largely as a civil rights issue within the black community, but that sometimes puts him into conflict with black leadership campaigning for stricter gun control laws.

Killer Mike, whose real name is Michael Render, is once again throwing his support behind Bernie Sanders for Democratic presidential nominee. While Sanders is supporting universal background checks and an assault weapons ban, leaders of color like Senator Kamal Harris and Senator Cory Booker are calling for even stronger regulation. That’s where Render falls away from their politics.

He went on to say that he has as “a black man from the South,” he comes from a perspective where he doesn’t “want to die from a home invasion.” He revealed he always has “10 or more weapons” in his household at all time, and he’s prepared to use them. “We’re always going to be trained and proficient with them. And if anyone ever comes down my driveway and decides to exercise what perceived power they have, they will surely go out in the back of an ambulance dead.”

Last year, Killer Mike’s interview with the NRA stirred controversy when his quotes on black gun ownership were manipulated to appear as disparaging to the March For Our Lives protests. “I do support the march, and I support black people owning guns,” he clarified in a later apology video. “It’s possible to do both.”

Elsewhere in his latest interview, Killer Mike addressed African Americans supporting a gay presidential candidate like Mayor Pete Buttigieg (“…absolutely, but is Mayor Pete progressive enough to support reparations?”) and the 2020 elections (“In a year and a half, we can be at real progress, or we can not.”). Watch the full video over at Yahoo!.

Meanwhile, Run the Jewels are reportedly working on a new album with Rick Rubin.