The drummer suffered a broken leg and collar bone 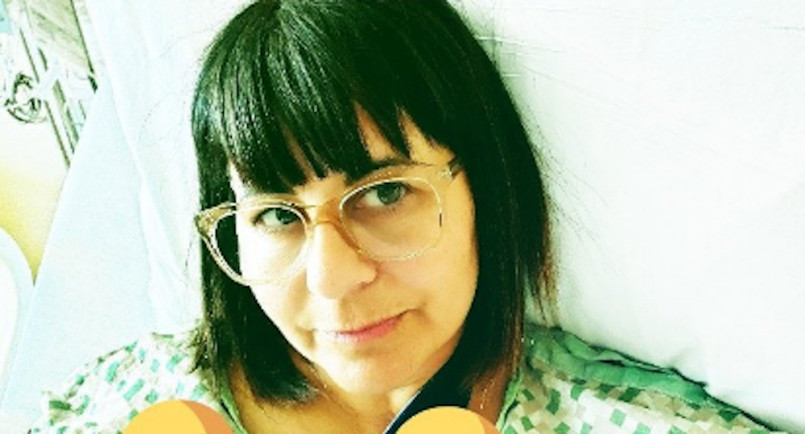 Former Sleater-Kinney drummer Janet Weiss broke her leg and collar bone in a car accident last weekend. As a result, she has canceled her upcoming west coast tours with Quasi and Slang.

On Tuesday night, Weiss broke the news on her personal Twitter. She revealed that she was in a “scary car accident” and sustained several injuries, including a broken right leg and a fractured left collar bone. Her recovery time is “about 12 weeks,” which means she won’t be healed in time to play her upcoming west coast shows with Quasi or Slang. Drew Grow, her fellow Slang bandmate, was also injured in the accident, suffering a fractured rib.

(Read: Get Proud: 10 Must-See LGBTQ+ Musicians on Tour This Summer)

“As thoroughly bummed as I am about canceling the shows, I’m also incredibly thankful the accident wasn’t worse and so happy to be alive! I am lucky my injuries will heal and I’ll be back at it in a couple months,” her post reads. “Also tons of love and respect to my friends who are making me feel like a queen even whilst wearing a hospital gown. Hug your people and tell them you love them.” Read the full post below.

It looks like Weiss chose a good time to leave Sleater-Kinney to save them some trouble, though it sounds like the band is still torn over her departure. At least she got to play a surprise performance with Kermit the Frog at this year’s Newport Folk Festival before any of this went down. We wish her a speedy recovery!