Jack White attended a baseball game, left to play a show, and returned in time to see its ending 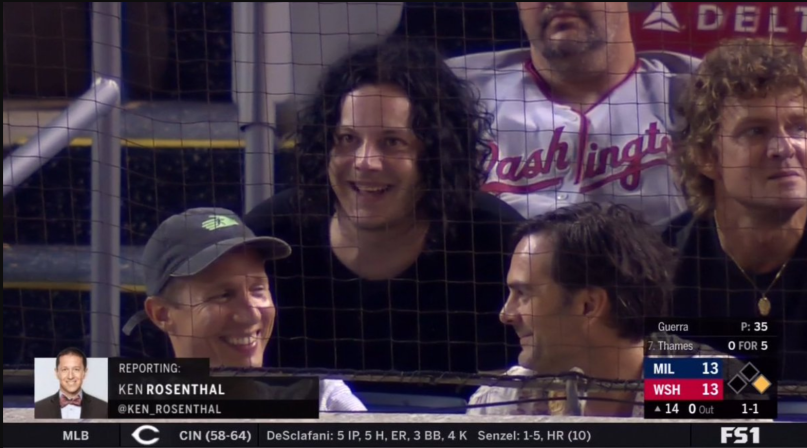 In recent years, Major League Baseball has made a concerted effort to cut down the time of baseball games in hopes of attracting the short-attention-span youth of today. Needless to say, comissioner Rob Manfred won’t be a fan of this headline: Yesterday, Jack White attended the beginning of the Milwaukee Brewers-Washington Nationals Game, left to play a show with The Raconteurs at the nearby D.C. venue The Anthem, and returned to the stadium in time to catch the end of the game in extra innings.

Ultimately, White was in hand for one of the more exciting games in recent memory, as the Brewers topped the Nationals in the 14th inning by the score of 15-14. #LetsGoMets

Here's the video of Ken's story, The Raconteurs played The Anthem in DC tonight, google tells me. pic.twitter.com/kcc5fSWXwN