To coincide with the launch of Disney+ in November. 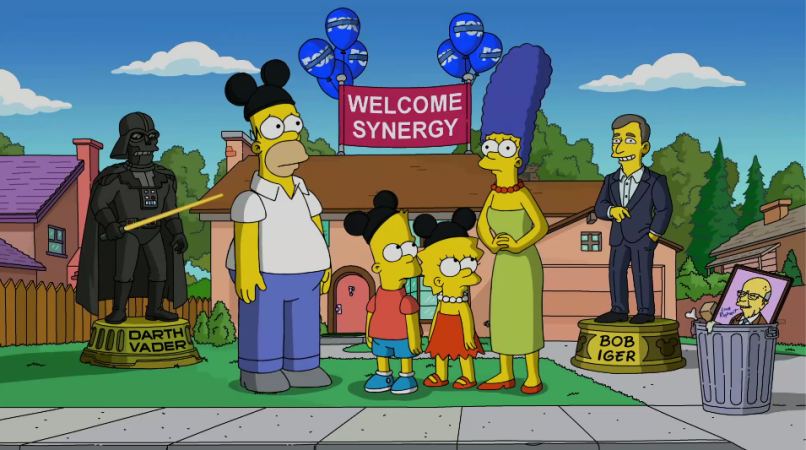 The Simpsons on Disney+

The bundle, priced at $12.99 a month, will be available starting November 12th, to coincide with the launch of Disney+. As a standalone product, Disney+ will be priced at $6.99 per month.

With the lower price points, Disney hopes to penetrate an increasingly cluttered streaming market by offering triple the content for virtually the same price charged by its competitors. (The base HD plans for Netflix and Amazon each cost $12.99 per month).

Within the first year of its launch, Disney+’s library will include 400 movies and 7,500 TV episodes, the complete Marvel, Pixar, and Lucasfilm archives, all of Disney’s classic animated films, and the first 30 seasons of The Simpsons. A number of exclusive titles are also in the works.

Update: Disney also plans to remake films from 21st Century Fox’s archive, including Home Alone, Night at the Museum, Diary of a Wimpy Kid, and Cheaper by the Dozen.

Disney will reserve more adult-oriented content and scripted programs for Hulu, including material acquired in its deal with 21st Century Fox. That includes FX fare like the American Horror Story and The Americans, as well as Hulu originals like The Handmaid’s Tale and Shrill.