"I grab a bottle of whiskey, and I just start knocking on doors" 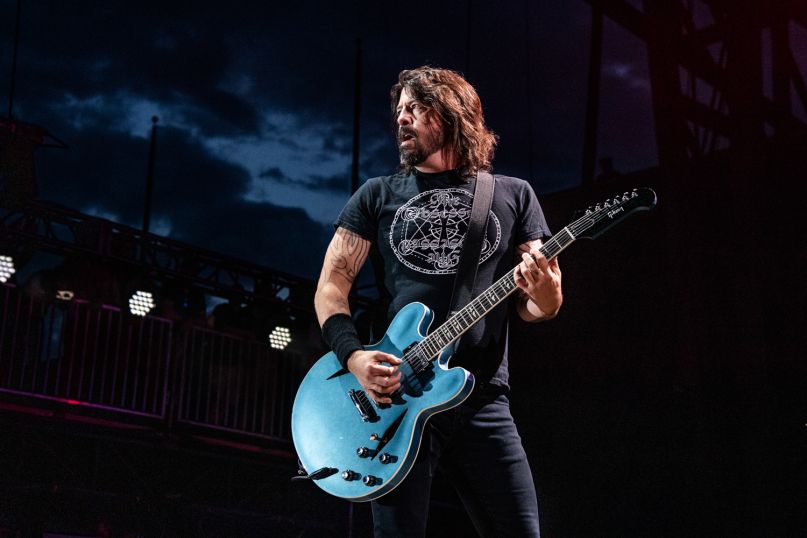 Making new friends as an adult can be challenging. Thankfully, Dave Grohl is here to offer some sage advice.

Ahead of Foo Fighters’ headlining appearance at Reading Festival this weekend, Grohl discussed the way he goes about making new friends. “Reading Festival is also one of those festivals where our bus pulls up, I grab a bottle of whiskey, and I just start knocking on doors. It’s how I’ve met most of my friends. What’s better than that?”

Fortunately, all that friend making didn’t seem to impact Grohl’s performance during Foo Fighters’ Sunday night headlining set. He further ingratiated himself with the UK faithful by dedicating “Run” in honor of The Prodigy’s Keith Flint. Later in the set, Grohl and drummer Taylor Hawkins openly called on Oasis to reunite (Hawkins had a photo of the Gallagher brothers displayed on his bass drum). Watch the highlights below.

Pick up tickets to an upcoming Foo Fighters’ concert and maybe you too can be Dave’s friend.

“I wanna sing this one for Keith from The Prodigy” – Dave Grohl of the @foofighters dedicates their @OfficialRandL performance of ‘Run’ to the legendary frontman. #RIPKeithFlint 😢 (1 of 3) pic.twitter.com/6qCzQQrUap