Chance the Rapper joins Smino for “Eternal” at Lollapalooza: Watch 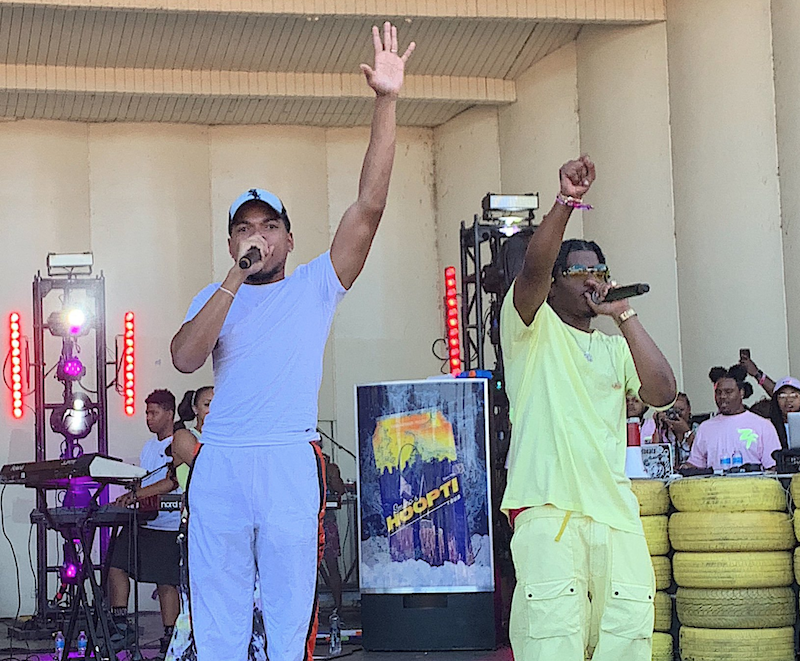 Chance the Rapper and Smino, photo via Twitter/@Xavier_Sanchez4

Chance the Rapper may not officially be on this year’s Lollapalooza lineup, but he’s been all over the Chicago festival celebrating the release of his debut album, The Big Day. On Friday, he showed up with Death Cab for Cutie to give the live debut to their “Do You Remember” collaboration. Then on Saturday, Lil Chano returned to Grant Park to hop on stage with Smino for their joint track “Eternal”.

Watch fan-shot clips of the performance — which includes Smino dubbing Chance “the Senator of Chicago” — below.

Frequent Chance the Rapper collaborator and guest on The Big Day’s title track, Francis and the Lights, is set to take the Lolla stage today. Will Chance make another surprise appearance? Stay tuned.

Previous Story
Film Review: Like an Empty Nester, Otherhood Has No Idea What to Do With Itself
Next Story
Lil Wayne performs his “Old Town Road” remix at Lollapalooza: Watch
Popular
More Stories
[fu-upload-form form_layout="media" title="Submit Your Photo"][input type="hidden" name="ugc" value="1"][/fu-upload-form]