Brann Dailor says Mastodon have “too much material” for next album 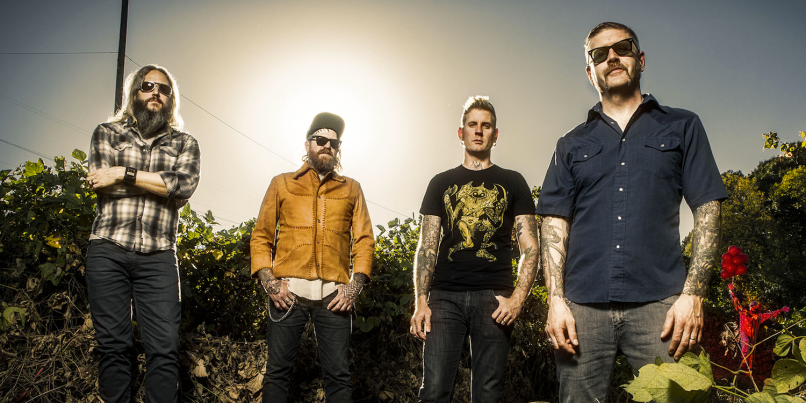 Mastodon have been touring relentlessly, but it appears the band will finally have some time to begin work on their next album. In a new interview, drummer-vocalist Brann Dailor said Mastodon has “too much material” for a new LP, and is “chomping at the bit” to hit the studio when there is a break in their calendar.

While speaking with radio host BallZach of Wisconsin station Razor 94.7 (watch below), Dailor said, “We have one festival in October, but we have a couple months [off], and we’re kind of chomping at the bit to get in there and put together some of the ideas that have been swirling around.”

He added, “There’s lots of riffs. There’s lots of material. There’s too much material, so we need to get in there and start chipping away at that giant hunk of granite and hopefully produce a beautiful sculpture for all to see.”

Mastodon has at least one unreleased song already recorded featuring Scott Kelly of Neurosis. The track was teased before the band’s winter European tour, but unfortunately its release was delayed despite it being fully mastered and ready.

Dailor previously hinted at new music on Instagram, so a new album in 2020 is realistic. When we spoke with the drummer last year, he told us that the band was hoping to hit the studio in the first half of 2019, but those plans got scuttled when they signed on for a recently wrapped co-headlining tour with Coheed and Cambria.