The role previously belonged to Paul Rudd and Brian Andrews 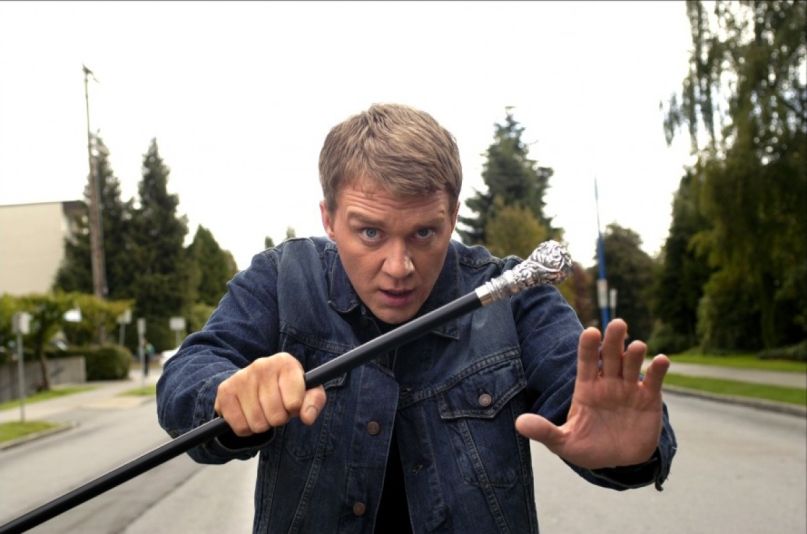 If you recall, Doyle was the young, precocious child Laurie Strode babysat in John Carpenter’s 1978 original. Brian Andrews portrayed him in that movie and he was later played by Paul Rudd in 1995’s Halloween: The Curse of Michael Myers.

Earlier this month, sources reported that Rudd had been asked to reprise the role, despite these sequels not existing in the same universe as Halloween: The Curse of Michael Myers. (It’s all very confusing, to say the least). Rudd reportedly turned down the opportunity due to his commitments with next year’s Ghostbusters. Oh well.

Even so, Hall will be a welcome face in Haddonfield as he’s one of the more underrated talents in Hollywood. In addition to his iconic work throughout the ’80s, he was incredible in USA Network’s The Dead Zone series.

As of now, it’s unclear if Hall will be around for Ends, which will follow in 2021. As previously reported, Blumhouse has dated the final two Strode-Myers sequels for October 16th, 2020 and October 15th, 2021.

Shooting reportedly begins after Labor Day. Once again, the Master of Horror himself John Carpenter will executive produce alongside McBride, Curtis, Green, and everyone else at Blumhouse. Although not officially confirmed, Carpenter told Consequence of Sound last December that he’s ready to score again.

Stay tuned as this unfolds. In the meantime, you can revisit the first season of Halloweenies. Last year, the podcast series sliced through each and every Halloween movie, leading all the way up to the reboot.