Plus, watch highlights from the band's 22-song comeback performance in Solana Beach 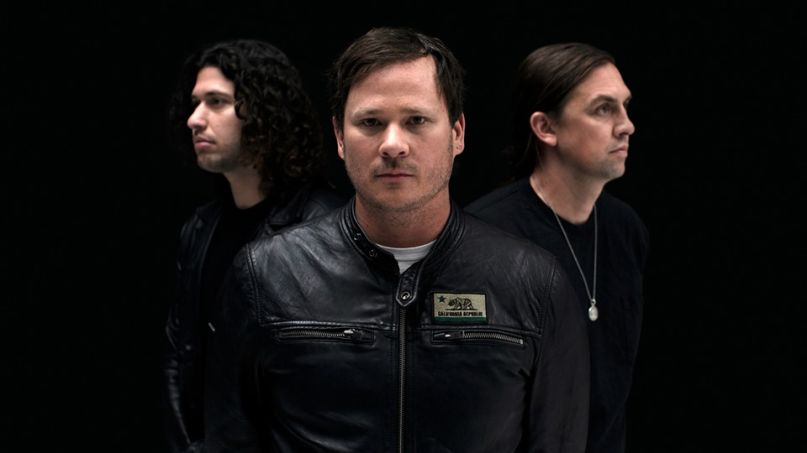 “The beginning of the song is really an ode to The Beach Boys,” DeLonge said of “Kiss & Tell”. “It opens with three-part harmonies to create an introduction with multi-dimensionality. We wanted to create a sound that had electronic elements right alongside classic rock and pop punk melodic structures. Lyrically, this song is specifically about balancing on the edge of a razor blade. Doing something you’re not supposed to be doing, and although you might die while doing it, it’s still very much keeping you feeling alive.” Take a listen to it below.

Angels & Airwaves played both songs live during last night’s comeback concert in Solana Beach, California. The band’s 22-song setlist also included acoustic renditions of Blink-182’s “I Miss You” and “Aliens Exist” as well as Box Car Racer’s “There Is”. See the full setlist and watch highlights from the show below.

Angels & Airwaves’ tour runs into early October. Many of the upcoming dates are sold out, but you can secure tickets here.

Encore:
Do It for Me Now
Heaven