A confident, dynamic, and, frankly, dynamite soundtrack to falling apart 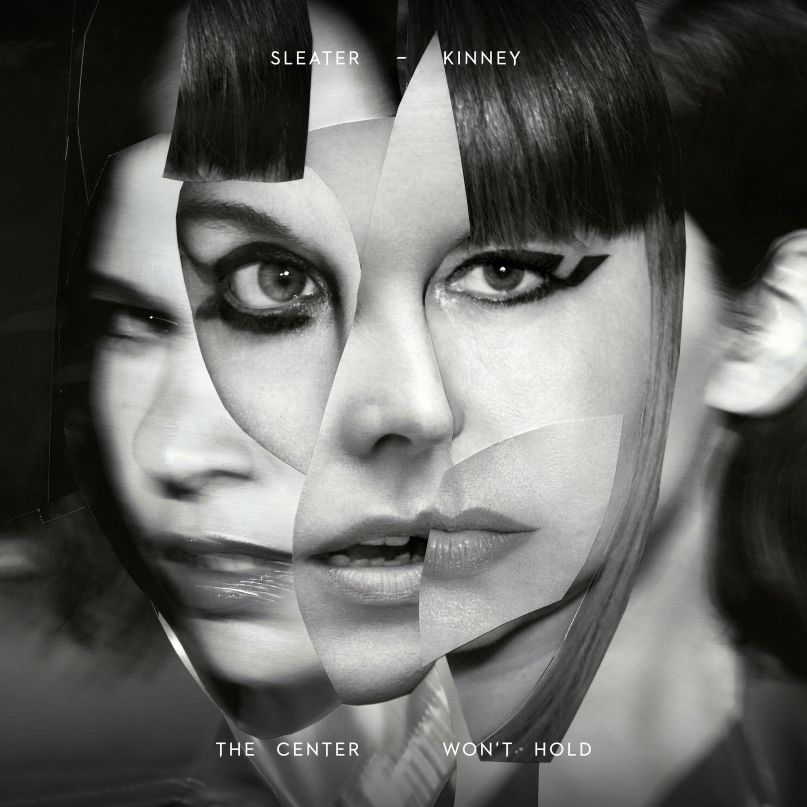 The Lowdown: Ferocious Pacific Northwest rock trio Sleater-Kinney did something different, and people got scared. Carrie Brownstein, Corin Tucker (both of whom play guitar and sing lead vocals), and now-departed drummer Janet Weiss brought on guitar virtuoso and art-rock queen Annie Clark (St. Vincent) as producer. The result is a sound expansion, incorporating Clark’s inherent eroticism and groove into Sleater-Kinney’s signature cathartic avalanche of sound. Shrieks of rage and ecstasy sound similar for a reason, and both are employed often throughout The Center Won’t Hold, a confident, dynamic, and, frankly, dynamite record that asks: what can a woman do about her body when she feels like it and the whole world around her are all collapsing?

The Good: The Center Won’t Hold is a soundtrack to falling apart, as if Brownstein and crew were faced with the option: self-destruct or make music. We know the answer. The self-titled, opening track builds to an electrifying, screaming, shredding crescendo and then fades into the near-holy harmonizing that kicks off the intimate and visceral “Hurry on Home”. It’s a great indicator of what this record can offer: complexity and emotional physicality, sometimes punishingly loud and sometimes beatifically soft and often viciously sultry and desirous.

What really means the most to me about The Center Won’t Hold is how danceable it is and how almost every song mentions the body. “The future’s here, and we can’t go back,” the band notes on “The Future Is Here”, and they’re facing it with songs about all that is corporeal, the body’s ugliness and glory and obscenity and power. Songs like the aforementioned “Hurry on Home”, “Reach Out”, “LOVE”, and “The Dog/The Body” all embrace imagery of bones and skin, bodies and rot, and they make you want to fling your body around like you’ve never ever danced before. It’s self-dissection and celebration at the same time.

I could write a whole other essay on the album’s final song, “Broken”, a piano ballad that salutes and mourns Christine Blasey-Ford and the agony so many millions of us felt watching her testimony. But as the song’s lyrics say, “I really can’t fall apart right now/ I really can’t touch that place.” And I feel a little bit that way about even writing about this song yet.

The Bad: The only time The Center Won’t Hold really stumbles is with a smattering of lyrics tackling technology’s role in contemporary life that land a little broad and banal. On “Can I Go On”, Brownstein howls, “Everyone I know is tired/ Everyone I know is wired to machines,” and on “The Future Is Here”, Tucker bemoans starting and ending her day “on a tiny screen.” There’s nothing wrong with these lyrics and observations; they’re just fine, but they lack the revelatory impact of so much of Sleater-Kinney’s best writing about the internal self.

Regarding the band’s ostensible departure from its roots and its true self, I have no interest in talking about that. I just want to talk about the music and the experience of listening to it and what it makes me feel. Someone else can discuss whether they can hear in Weiss’ drumming a desire to leave the band or whether they can hear in Brownstein’s voice a manipulative Annie Clark pulling strings. I don’t hear any of it, and I’m not looking for it. I’m too busy listening to the music.

The Verdict: I don’t know how to approach criticisms that The Center Won’t Hold betrays what Sleater-Kinney should be because the band sounds as much like itself as ever: perceptive, raw, and fiercely devoted to sound as power.  Bands are living, breathing entities, more than just the members themselves. They have a DNA that does not change; Sleater-Kinney is changing, but change shouldn’t be a derogatory term. Changing is growing.

If you don’t want to hear what Sleater-Kinney would sound like if they were modeling after The Go-Go’s or The B-52s — or The Cramps, Sheryl Crow, Blondie, or any number of other sonic inspirations you’ll catch across The Center Won’t Hold — I don’t know what to tell you. It’s a matter of preference. I think it’s brilliant. They go hard; they’re sharp and raging. And they’re also dancing and fucking and using their bodies while they can.

“Bad Dance” offers Brownstein deliciously howling, “My truth is slack and loose/ My morals are unsound/ I’m amusing, I’m amazing, I’m impure.” And it also provides an answer to that question the band poses here: What, again, is a woman to do about her body when she feels like it and the whole world around her are collapsing?

Why … “Dance the bad dance we’ve been rehearsing our whole lives.”