Adam Driver and Annette Bening grill the CIA in first trailer for The Report: Watch 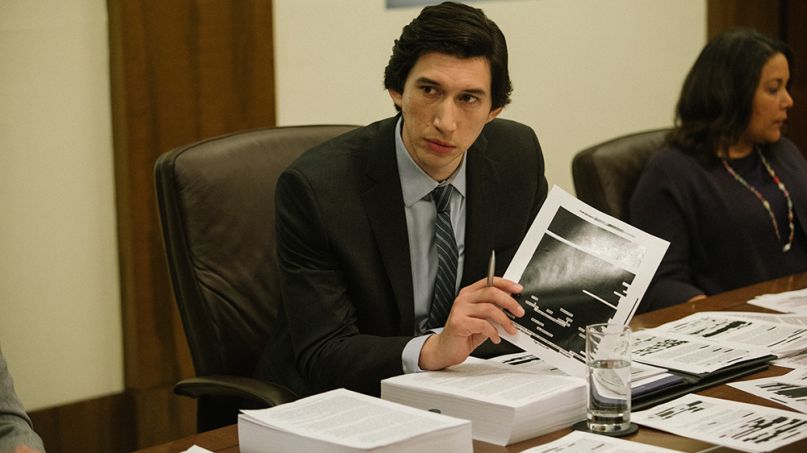 Adam Driver in The Report, courtesy of Amazon

Adam Driver and Annette Bening grill the CIA like pros in the first trailer for The Report. The fact-based drama tackles post-9/11 torture tactics under the eye of director Scott Z. Burns and producer Steven Soderbergh. Watch the trailer below.

The Report follows Daniel J. Jones — a staff member of the US Select Committee on Intelligence, played by Driver — who aids his boss, Senator Dianne Feinstein (Bening), in a major investigation of the CIA’s Detention and Interrogation Program following 9/11. The film digs into destroyed evidence, ignored laws, and the vast collection of secrets the CIA withheld from the public after the terrorist attacks. . It will serve as Burns’ directorial debut.

(Read: The 10 Most Anticipated Directorial Follow-Ups of 2019)

The Report’s trailer teases the skeleton of the movie: Jones changes career paths in grad school after 9/11, is assigned an investigation into CIA practices, and digs deeper into their wrongdoings than anyone prior thanks to the aid of Feinstein. It also gives sneak peeks at characters played by Jon Hamm, Corey Stoll, Michael C. Hall, Tim Blake Nelson, and Maura Tierney. While the trailer is shorter than two minutes, it quickly establishes the film as a gripping drama — particularly when Feinstein asks, “If [waterboarding] works, why do you need to do it 183 times?”

It’s easy to see why critics at Sundance were enraptured with the film, and why many believe it will be nominated for several Academy Awards. For now, it’s time to wait, as The Report will enter a limited theatrical release via Amazon on November 15th.