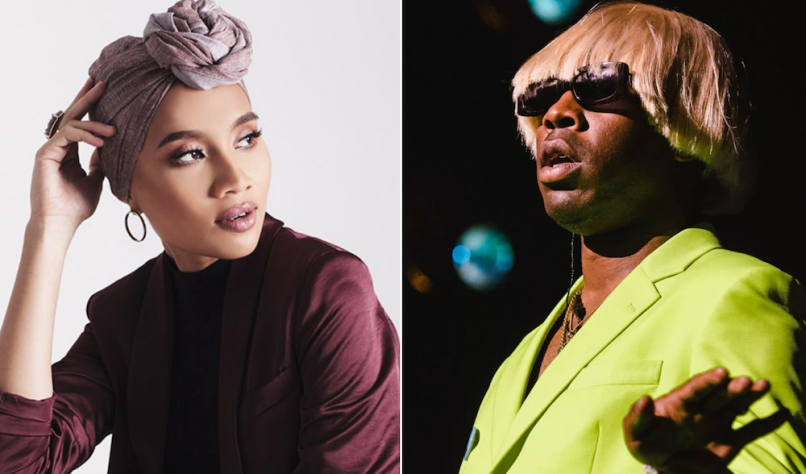 Yuna and Tyler, the Creator (photo by Ben Kaye)

Malaysian R&B singer Yuna is celebrating the release of her new album, Rouge. Her first record in three years features a handful of prominent guests, including Tyler, the Creator. The IGOR rapper drops in on a song called “Castaway”.

On the joint effort, Yuna and Tyler look back not-so-fondly on a broken relationship. “I think about what we had/ I guess I always known I’ve never had the chance/ You were never gonna give me a fair shot,” reflects Yuna. During his verse, Tyler says, “No point in lyin’/ No point in tryin’ anymore/ Change of direction and now I’m flyin’ to the door.” Tom Hanks doesn’t factor in this version of “Castaway”, but the two musicians are clearly feeling a little lost at sea.

Rouge also includes collaborations with G-Eazy, Little Simz, and Jay Park. Yuna is touring the US as we speak, and you can grab concert tickets here.

Tyler, who also just turned in a feature on Jaden Smith’s new album, is due to hit the road this fall on a massive tour supporting IGOR. Find tickets here.