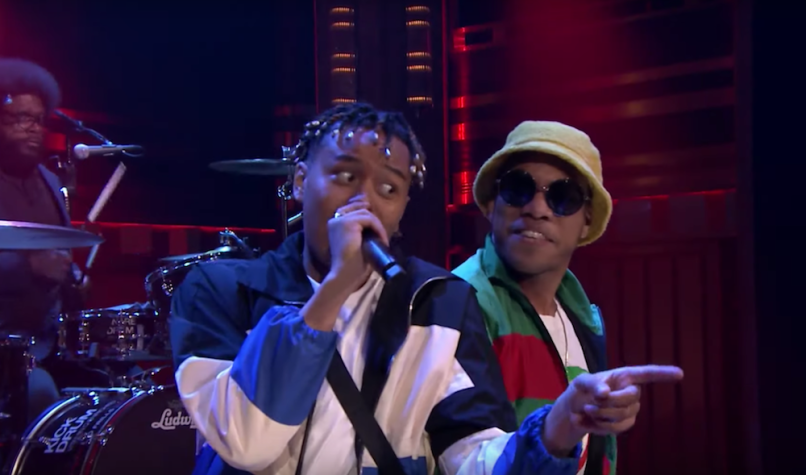 This Friday will see the release of The Lost Boy, the guest-heavy debut album from YBN Cordae. In anticipation, the rising MC debuted his new song “RNP” on The Tonight Show Starring Jimmy Fallon with the help of collaborator Anderson .Paak.

It’s hard to believe “RNP” is the first time YBN Cordae and .Paak have combined talents, considering the onstage dynamic between them. The two flowed and fed off one another with ease, making for an exciting live performance that also featured The Roots. Fellow North Carolina native J. Cole produced the track, but unfortunately didn’t drop in on the party.

Check out the TV appearance below, followed by the studio version of the song.

The Lost Boy arrives July 26th through ART@WAR/Atlantic. It also features the Chance the Rapper-assisted “Bad Idea”, as well as joint songs with Meek Mill and Pusha-T.

YBN Cordae has a number of tour dates lined up, including some with Logic; find tickets here. .Paak, too, is on the road this summer supporting his Ventura, and tickets to all his shows can be purchased here.