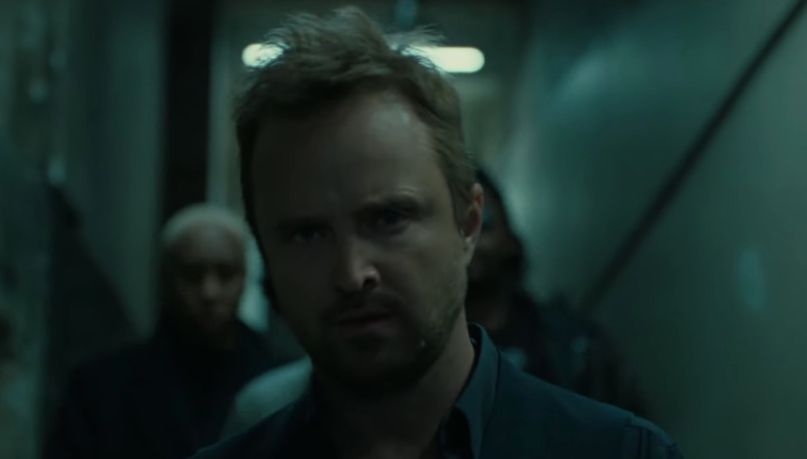 HBO has re-opened the doors to Westworld. During the show’s panel at San Diego Comic-Con 2019, showrunners Jonathan Nolan and Lisa Joy revealed a plethora of information about the show’s highly anticipated third season, including a brand new trailer.

Unlike the teaser that was attached to the series finale of Game of Thrones, this nearly three-minute feast reveals all sorts of goodies. From new faces to new worlds, including a snazzy World War II-era setting, this third go-around looks like an incredible upgrade.

“I thought your world would be so different from mine. There’s no difference at all, is there?” Evan Rachel Wood’s Dolores asks Aaron Paul’s Caleb, who appears to be the Virgil to her Dante in this post-Westworld life for her. Spoiler: It won’t be easy.

During the spirited panel, Nolan revealed that internally they’ve referred to Season One as “The Maze” and Season Two as “The Door”, to which he confirmed that Season Three is being called: “The New World”. As you can see above, the trailer suggests just as much.

“When we started, Westworld was a dystopia,” he added. “Three seasons in, I think it’s the best case scenario, to be perfectly honest. The form of AI we have on the show is thoughtful. Murderous, but thoughtful. I think we’re now heading into the era of dumb artificial intelligence.”

Joy offered, “Our civilizations have evolved. The solutions we can find for the things that keep us somewhat primitive and base and ugly in our desires can improve and become more sophisticated. Sometimes there’s a disconnect between that. My car can drive, but we can’t get rid of violence.”

Paul also digressed on Caleb, a construction worker we met in the teaser: “We all know the world we’re placed within. My character, Caleb, this is the world he’s born into. It’s very normal for him. But its impossible for him to not wish for a better world, just like we all wish for a better, less complicated world where we can all get along and love one another. Some people are born into privilege and some are born into poverty. Caleb was born into a complicated thing. He’s just learning to roll with the punches.”

We’ll see how that goes when Westworld returns in 2020.