Top Song of the Week

Top Song of the Week: Wilco Warn Against Complacency with “Love Is Everywhere (Beware)”

by Sean Lang and Samantha Lopez 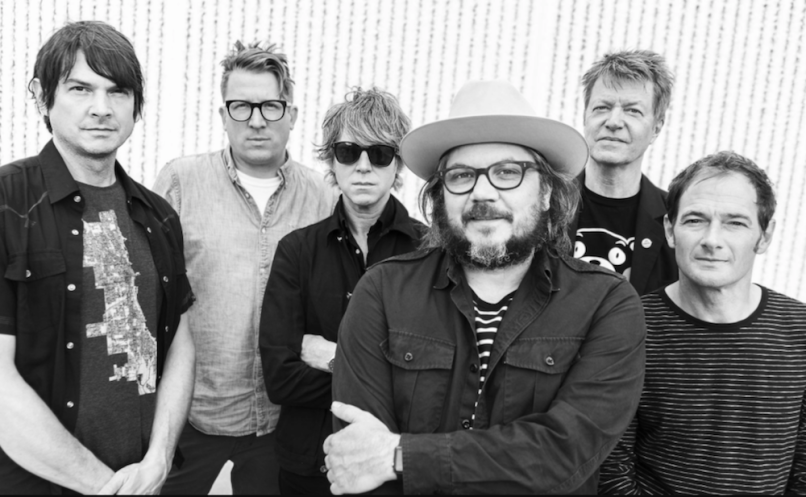 Each week we break down our favorite song, highlight our honorable mentions, and wrap them all up with other staff recommendations into a New Sounds playlist just for you. Be sure to subscribe here. This week’s top song, “Love Is Everywhere (Beware)”, comes from upcoming Wilco album Ode to Joy.

It’s been three years since Schmilco, and, now, Wilco are back with a new single, “Love Is Everywhere (Beware)”, which came to us this past Tuesday along with the announcement of a new album, Ode to Joy, due out October 4th. Jeff Tweedy and the gang have been recording and performing together for 25 years now, and they’ve seen enough to know that the current state of our nation is far from normal. In a statement that Tweedy shared about the new track, he outlines his optimistic thought that “There MUST be more love than hate. Right?!”

“Love Is Everywhere (Beware)”, then, functions as a sort of personal reminder for him: “YES, Love IS EVERYWHERE, but also BEWARE! I can’t let that feeling absolve me of my duty to create more.” Unmistakably Wilco, the song’s instrumentation and composition mirror the directness of its message. Its steady acoustic strum, quiet but soaring steel guitar, and descending lead riff pair with Tweedy reflections on the sometimes duplicitous nature of love for a result that’s unhurried but firm.

The New York-bred threesome Vivian Girls haven’t released a new record in eight years. This past week, the trio, Cassie Ramone, Katy Goodman, and Ali Koehler, announced their reunion and grand return. They’re upcoming full-length, Memory, is set to come out in September. In anticipation, they have also shared the forthcoming record’s first single. Whether you’re familiar with Vivan Girls or not, the latest track captures their magic, which is addictive and identifiable. “Sick” is a dreamy, ethereal, and scuzzy jam. Its fuzzy exterior carries the melody as ”Ramone sings, “Is it in my mind?/ Do you think I’m fine?/ But then it’s not like this ever meant anything to me.” –Samantha Lopez
_______________________________________________________

Charli XCX and Christine and the Queens – “Gone”

Charli XCX is releasing her third studio album this September, a follow-up to 2014’s Sucker. In a slew of tweets, the singer has definitely built upon the shameless self-promotion, saying, “Omg I just listened to my album in the car and cried. It’s so good. I’m so talented. Even just the tracklist written down is a piece of art.” Whereas her past two releases, “Blame It on Our Love” and “1999”, haven’t really supported that declaration, “Gone”, her latest release, helps. The new track features Héloïse Adelaide Letissier of Christine and the Queens and features a sleek and eruptive beat. The track borrows the aesthetics of ’80s roaring drumbeats and ’90s synth and is sure to be on repeat this summer. –Samantha Lopez

Ezra Furman – “I Wanna Be Your Girlfriend”

With his highly anticipated new album, Twelve Nudes, due August 30th via Bella Union, Ezra Furman has shared two new tracks from the LP. This week we’re talking about “I Wanna Be Your Girlfriend”. Furman has described the track as “a romantic song of transgender longing” in a press statement. He continued, “It’s another entry in my series of ‘I Wanna’ songs (in the tradition of the Ramones). I thought it was time we had an ‘Earth Angel’ for the queers.” In Furman fashion, the song is filled to the brim with religious allegories and has a sense of desperation, too. The jam also features a mesmerizing video directed by Alix Spence. –Samantha Lopez