Yorke on Eilish: "She’s doing her own thing. Nobody’s telling her what to do." 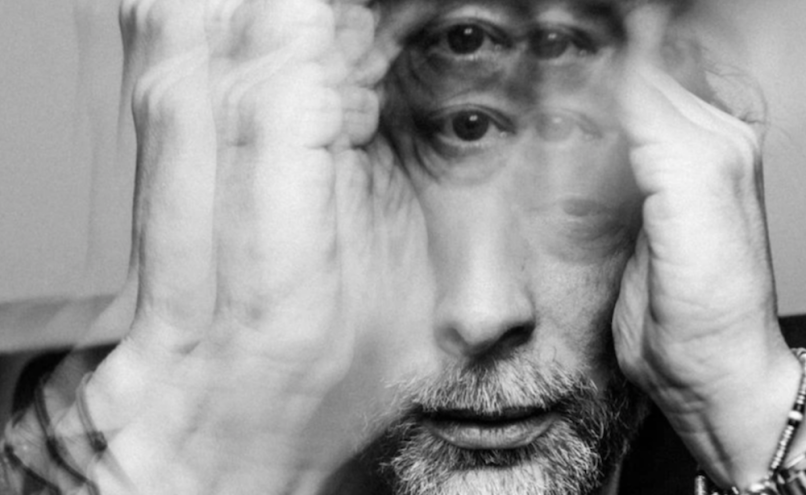 This weekend’s edition of The Sunday Times contains a new interview with Radiohead frontman Thom Yorke. His conversation with interviewer Jonathan Dean focuses primarily on his newly released third solo album, ANIMA, and the complex emotions which inspired its creation.

At one point, Yorke discusses the activities he relies on to alleviate his own anxiety. “Generally, really simple things,” he explains. “Running helps, and yoga is essential to me. Swimming. Physical stuff is really important. And reading a book!” He also “devours” music, noting, “It’s an essential part of me. I have to find new things to listen to all the time.”

The fast-rising anti-pop star Billie Eilish is among those “new things” that’s he’s discovered. While sharing an anecdote about attending an Eilish concert with his daughter, he somewhat hilariously becomes sidetracked when mentioning the person he was sitting next to.

“‘We sat down and what’s-his-name — the guy who did the Bond film we didn’t do?’ That would be Sam Smith, who sang the theme for Spectre when a Radiohead song was rejected. ‘That’s it. He stands behind us, and I’m sitting with my daughter, her friends and my girlfriend, when suddenly everyone goes, ‘Saaam!’’ Yorke squeals his name. ‘I’m, like, ‘Aaaargh!’’ Still, he liked the gig? ‘Yes. I like Billie Eilish. She’s doing her own thing. Nobody’s telling her what to do.'”

A paragraph later, Yorke takes another pot shot, this time in the direction of MUSE. When asked if he ever uses algorithms to discover new music, Yorke laughs and replies, “No. If you like this, you’ll like this, and then it gives me… MUSE.”

The nine-track ANIMA and its Paul Thomas Anderson-directed companion film are both streaming now. He has corresponding tour dates lined up in both Europe and North America, and you can get tickets to all of Yorke’s upcoming shows here.

Previous Story
Eddie Vedder joins The Who to perform “The Punk and The Godfather” at Wembley Stadium: Watch
Next Story
Film Review: Stuber Thrives as an Action Movie, Not So Much as a Comedy
Popular
More Stories
[fu-upload-form form_layout="media" title="Submit Your Photo"][input type="hidden" name="ugc" value="1"][/fu-upload-form]