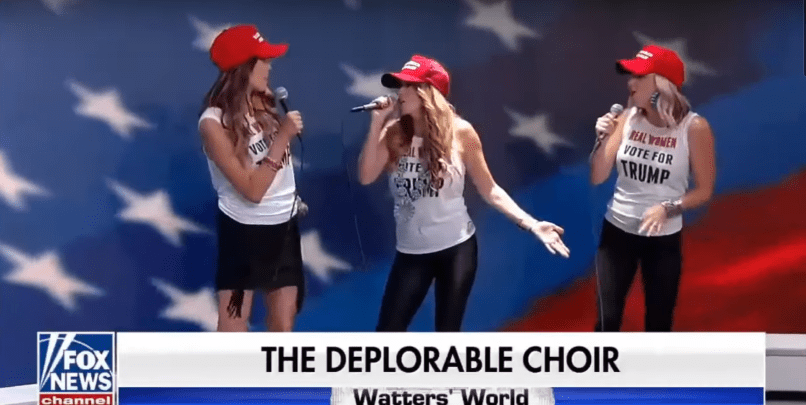 Following Skillet’s headlining appearance on Fox and Friends’ “All American Summer Concert Series” on Friday, FOX News continued to dip its toe into the ultra-strange right-wing music scene by welcoming The Deplorable Choir to its airwaves on Saturday night.

The all-female trio first went viral after they were filmed performing outside a MAGA rally earlier this month, leading to their national TV debut on Watters’ World.

You know in The Handmaid’s Tale how everyone becomes infertile? This is what caused it.

Check out the @DeplorableChoir make their national television debut! pic.twitter.com/baqmED9PxH