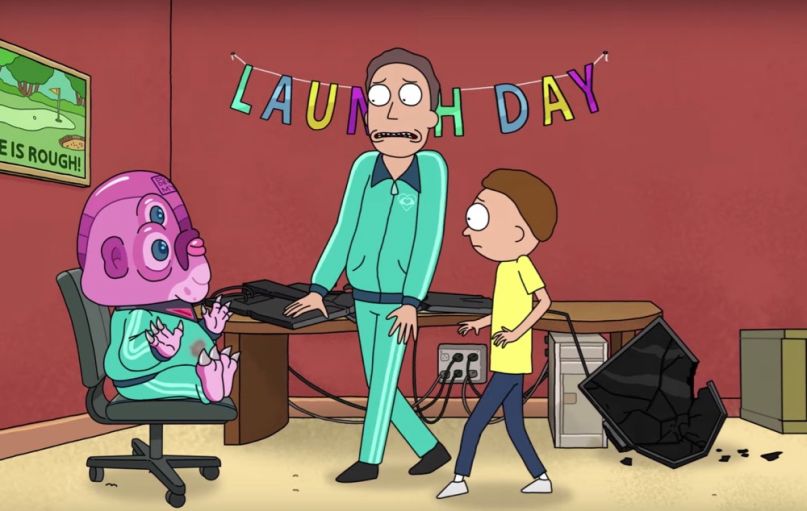 Roiland and Harmon initially confirmed Waititi’s involvement earlier this week while speaking to Entertainment Weekly. In the same interview, they also added that the season would feature other guests such as Sam Neill, Paul Giamatti, and Kathleen Turner.

Update October 7th: More of Season Four has been revealed in a new trailer. Adult Swim has also confirmed a November 10th, 2019 premiere date for the new season.

They even teased the possibility of seeing superfan Kanye West.

“We’re trying to schedule something,” Roiland confirmed. “It’s not going to be for this batch coming up. But we love the idea of doing something with him. It’s just a discussion of what exactly that is, and then sitting down and talking with him. He had to reschedule, and then we had to reschedule. We need to sit down and chat about it. But it’s a very sincere and legitimate offer when we threw that out.”

As for what fans might expect story-wise, they naturally kept mum. However, they did confirm the reappearance of Mr. Meeseeks, and stressed that this forthcoming season won’t be as serialized as Season Three.

“Without giving anything away, we have serialized stuff we check in on now and then that’s sprinkled over the top of strong episodic episodes,” Roiland added. “To fans of the show, they’re going to want to watch them in order.”

Let all that information simmer as you watch the clip below.

Despite its slow production schedule, Ricky and Morty has proved to be a cash and ratings cow for Cartoon Network, which renewed the cult smash last summer for a massive 70-episode run. The fourth season returns with 10 episodes this November.