"If I do it, that's exactly what it'll be. It'll be Pulp Fiction in space." 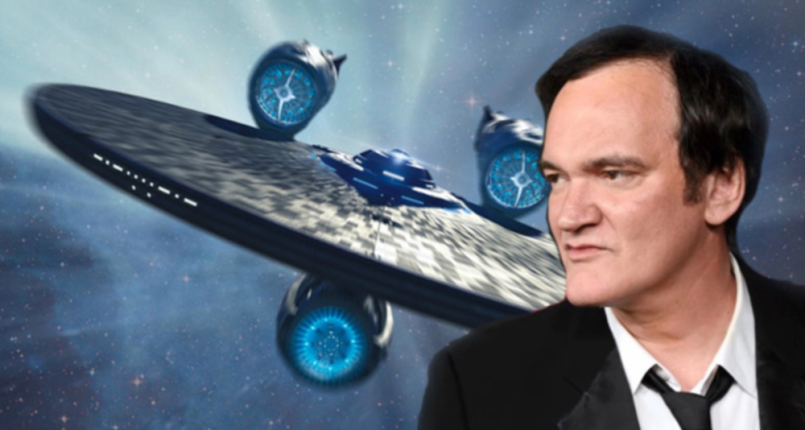 Like Trekkies in a lunch room, Quentin Tarantino and Simon Pegg are feuding over Star Trek. In case you missed it, Tarantino is interested in getting involved in the franchise, adamant on making a hard-R sequel, and that appears to be at odds with Star Trek actor and writer Pegg.

In fact, when asked about the project last year, Pegg told Coming Soon that Tarantino wouldn’t be making “Pulp Fiction in space,” insisting that “won’t be anything a Star Trek fan will have to worry about.” Apparently, that didn’t sit too well with the auteur.

In a new interview with Deadline, the Once Upon a Time in Hollywood filmmaker went off on Pegg for meddling with his involvement in the franchise. “I get annoyed at Simon Pegg,” he explained. “He doesn’t know anything about what’s going on and he keeps making all these comments as if he knows about stuff.”

“One of the comments he said, he’s like, ‘Well, look, it’s not going to be Pulp Fiction in space.’ Yes, it is!” he continued. “If I do it, that’s exactly what it’ll be. It’ll be Pulp Fiction in space. That Pulp Fiction-y aspect, when I read the script, I felt, I have never read a science fiction movie that has this shit in it, ever. There’s no science fiction movie that has this in it. And they said, I know, that’s why we want to make it. It’s, at the very least, unique in that regard.”

He’s not wrong, and he just might get his way. J.J. Abrams is on board, and Tarantino has plans to sit down with the script once he’s done doing the press rounds for Once Upon a Time in Hollywood. The Revenant screenwriter Mark L. Smith penned the latest draft.

“I just don’t think it’s that big of a deal but if I’m going to do it, then I’m going to do it my way,” Tarantino concluded. “If you’ve seen my nine movies, you kind of know my way is an R-rated way and a way that is without certain restrictions. So that goes part and parcel. I think it would be more controversial if I said I’m going to do a PG movie and it’s going to fit exactly in the universe. It’s not me. What the fuck am I doing?”