Tom Hanks stars as Mr. Rogers in first trailer for A Beautiful Day in the Neighborhood: Watch 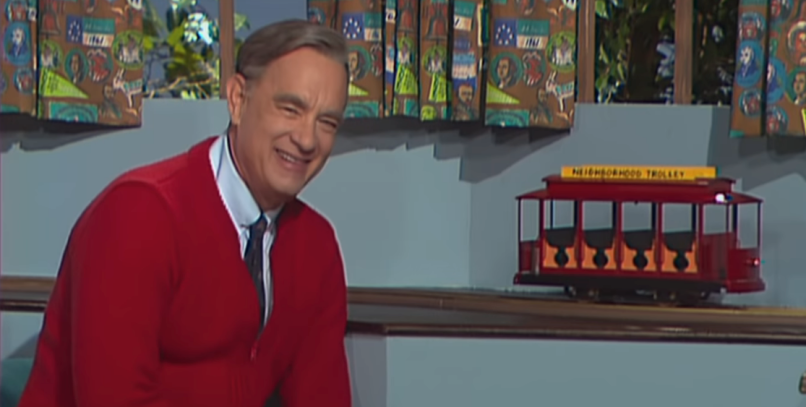 It’s a beautiful day on the Internet, because the first trailer for Tom Hanks’ Mr. Rogers biopic has arrived.

Taking its name from Mr. Rogers’ classic theme song, A Beautiful Day in the Neighborhood tells the story of the real-life friendship between Fred Rogers (Hanks) and a journalist named Tom Junod (Matthew Rhys). Assigned to write a profile about Rogers, a cynical Junod finds his life transformed by the experience.

Due out in November, the film is directed by Marielle Heller (Diary of a Teenage Girl) and features a script from Micah Fitzerman-Blue and Noah Harpster. Chris Cooper, Tammy Blanchard, and Sakina Jaffrey star alongside Hanks.