Starring her own mom, Tish Cyrus 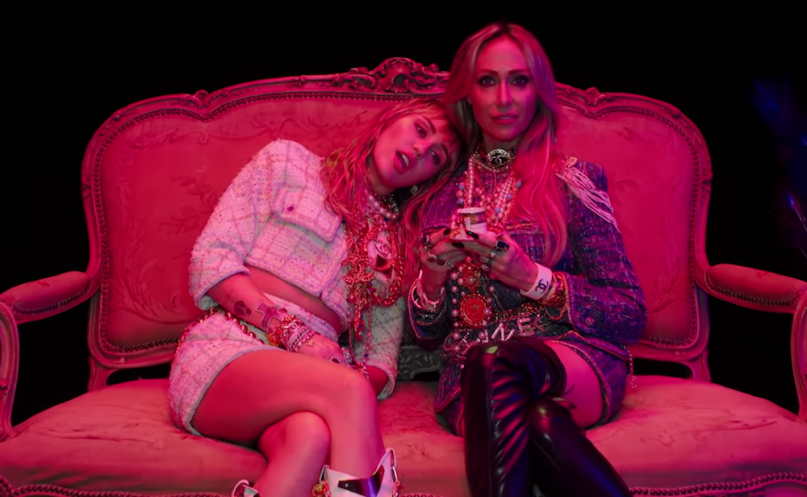 Fresh off a memorable performance at Glastonbury, Miley Cyrus is back today with a new video for “Mother’s Daughter”. In support of her She is Coming EP, the red-tinted clip celebrates womanhood in all its forms.

Cyrus herself stars in the visual, notably sporting a skin-tight bodysuit à la Britney Spears circa the early 2000s. The pop star is joined by women of various ethnicities, shapes, and sizes — Lacey Baker, Mari Copeny, and Aaron Philip among others — framed as mothers, gods, super heroes, and more. At one point Cyrus cozies up on a couch with her own mom, Tish Cyrus. The range of ideas tied to the word “womanhood” is endless and fluid, and that’s the goal.

🚨 @almacyber & I wrote a bad ass feminist anthem called Mother’s Daughter and I am dropping the music video tomorrow 7/2! Beware it’s the SHIT just like all the bad ass women starring alongside muah! 🚨 pic.twitter.com/TBU07SWE5N

She is Coming is the first in a three-part series of EPs. Cyrus recently contributed a Nine Inch Nails remake to the latest season of Black Mirror and is expected to have a new song in the upcoming Charlie’s Angels remake (alongside fellow pop queens Ariana Grande and Lana Del Rey).