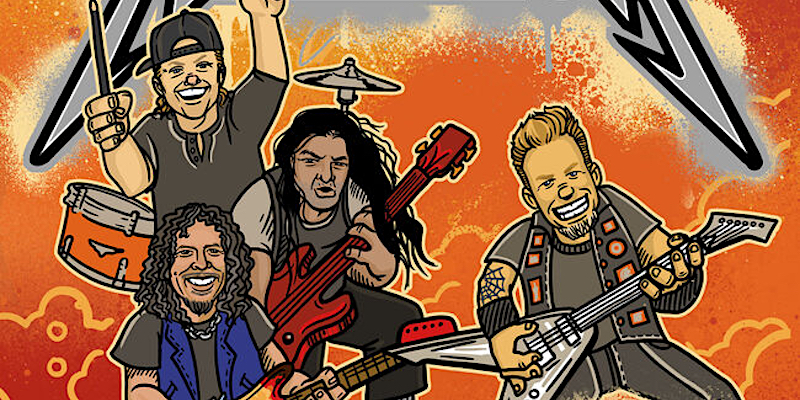 The ABCs of Metallica, via Metallica.com

Looking for a good way to get the kids in your life into Metallica? One way is to let them bang their heads to the sweet sounds of Master of Puppets. But, if that doesn’t work, there’s a new illustrated children’s book, The ABCs of Metallica, coming out this fall.

Metallica themselves have teamed up with author Howie Abrams and illustrator Michael “Kaves” McLeer to create the book, which will arrive online and in book stores on November 29th. A portion of the proceeds will benefit the band’s All Within My Hands Foundation, which is “dedicated to creating sustainable communities by supporting workforce education, the fight against hunger, and other critical local services.”

As for what to expect inside the pages of The ABCs of Metallica, the band describes the book as follows:

“Including rhymes and illustrations, The ABCs of Metallica looks back at the history of the band from, duh, A to Z! Each letter of the alphabet highlights a moment along our journey from Garage Days to Master of Puppets to fun facts about us.”

Pre-orders for the book, along with a couple of bundle packages, are available at this location.

Metallica are in the midst of their summer European tour with Ghost. The metal titans will return to the States in September for a pair of “S&M2” shows with the San Francisco Symphony, followed by a fall tour of Australia and New Zealand with Slipknot.

The ABCs of Metallica Book Cover: