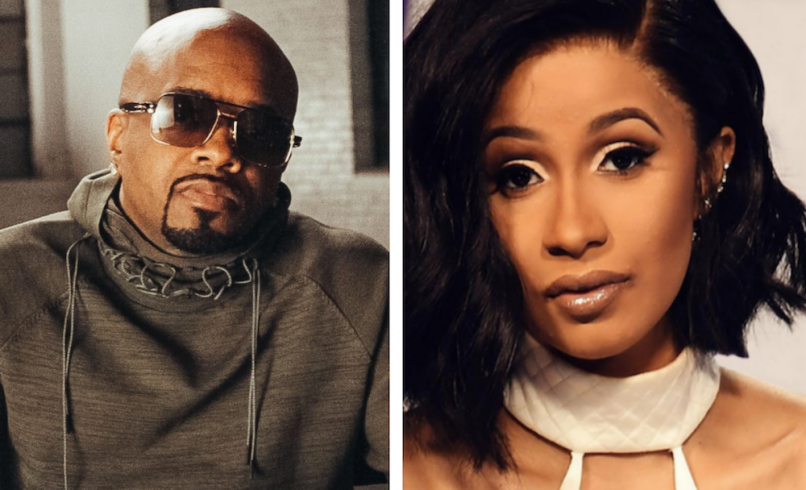 Jermaine Dupri and Cardi B

Jermaine Dupri found fame in the ’90s working with hip-hop/R&B heavyweights like Da Brat, Lil’ Kim, Mariah Carey, and Monica. If given the opportunity, the 46-year-old industry veteran would love to relive those days again. In a new interview, Dupri described today’s class of female rappers as nothing more than “strippers rapping.” Cardi B, former stripper and currently the hottest female rapper, is now speaking out against Dupri’s comments.

Speaking to People, Dupri said he isn’t a fan of the current crop of female MCs as they “are all rapping about the same thing,”

Cardi B, who’s never been shy about her past life as a stripper, took to Instagram to address Dupri’s stance. She argued that not all of today’s female rappers use sex as a subject, and offered up both Tierra Whack and Kamaiyah as examples. The Grammy-winning Cardi also defended the rappers that do talk about doing the deed — such as herself — saying that she raps “about her pussy because my pussy is my best friend.”

(I’d genuinely love to hear Dupri’s thoughts on male rappers and their obsession with their own dicks. But that’s just me.)

Watch Dupri’s interview below, followed by Cardi’s response. Be sure to catch Cardi on tour throughout the summer by grabbing tickets here.

On a related notes, here’s a recent pic of Dupri: