Sadly, neither Paul Rudd nor the original cast is around for the shot 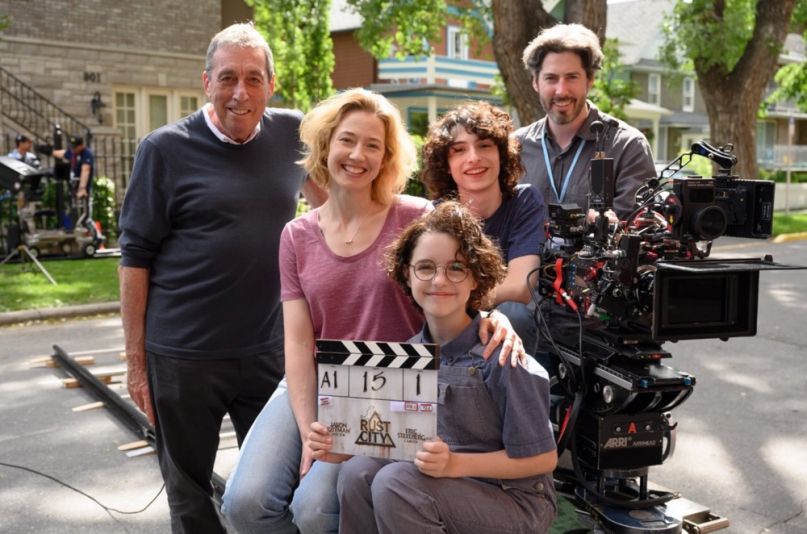 Production is underway on Jason Reitman’s Ghostbusters 2020 sequel. To mark the occasion, the filmmaker shared the film’s first behind-the-scenes photo from the set featuring the principal cast. Sadly, Paul Rudd is nowhere to be seen.

As you can see above, Reitman stands proudly alongside his pops and original Ghostbusters filmmaker Ivan Reitman. Before them are stars Carrie Coon, Finn Wolfhard, and McKenna Grace, who’s looking like a true descendent of Egon Spengler.

That would make sense given how the logline already suggests a kinship to the original films: “The new film, a sequel to the original classic, centers on a family that moves back home to a small town where they learn more about who they are.”

Without speculating too much, even Coon has some Janine Melnitz vibes, all of which is to suggest that maybe, just maybe, Egon and Janine finally rekindled their romance from the 1984 original. We’ll likely find out in the weeks ahead.

Probably around the same time the original cast is confirmed too. If you recall, Sigourney Weaver confirmed back in June she was returning alongside Bill Murray, Dan Aykroyd, and Ernie Hudson. Annie Potts even teased a reunion.

In the meantime, you can brush up on your quotes, stream Elmer Bernstein’s original score, and read all about why the original is the most aesthetically pleasing film of all time.