What's more, they want you to experience it... 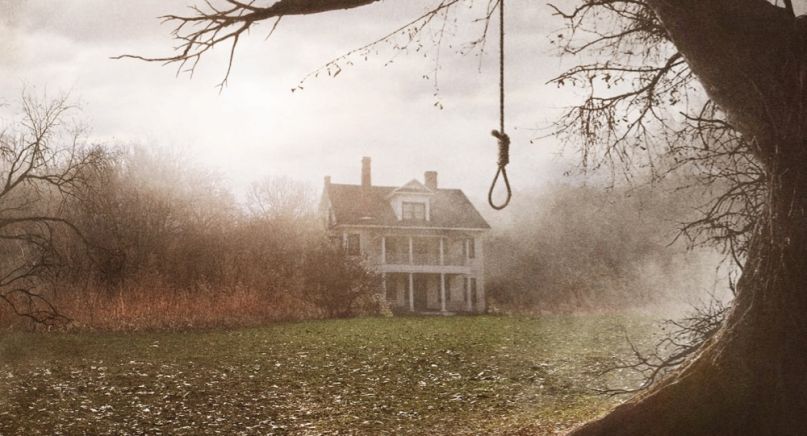 Someone call the Ghostbusters — or Vera Farmiga and Patrick Wilson. According to the Sun Journal, a couple who recently purchased the iconic Harrisville, Rhode Island home that inspired 2013’s The Conjuring says they’re being haunted.

“We had doors opening, footsteps and knocks,” new owner Cory Heinzen explained. “I’ve had a hard time staying there by myself. I don’t have the feeling of anything evil, [but] it’s very busy. You can tell there’s a lot of things going on in the house.”

No shit. If you recall, The Conjuring is based on the true story of the Perron family, who lived in the Harrisville home throughout the ’70s. Eventually, they sought out the help of the late Ed and Lorraine Warren, who were portrayed on screen by Wilson and Farmiga.

Although, the two investigators have been awash in controversy, both Lorraine and Andrea Perron stood by their claims to USA Today. “The things that went on there were just so incredibly frightening,” Lorraine had said. “It still affects me to talk about it today.”

Now, it would appear the Heinzens are next. “This whole journey has been both scary—for many reasons other than paranormal—and exciting all at once,” Jennifer Heinzen added. “I love that we have the opportunity to share the home with others.”

And they will. As the two told the Sun Journal, they plan to preserve the home while also adding extensive renovations that will allow for tourists to come stay for a spooky night or two. So, for all of you Ron Livingston cosplayers out there, take note.

In related news, Universal is currently working on the third Conjuring film, which is due out in theaters on September 11th, 2020. #neverforget