Corey Taylor: Slipknot can continue without me “if I just couldn’t do it anymore” 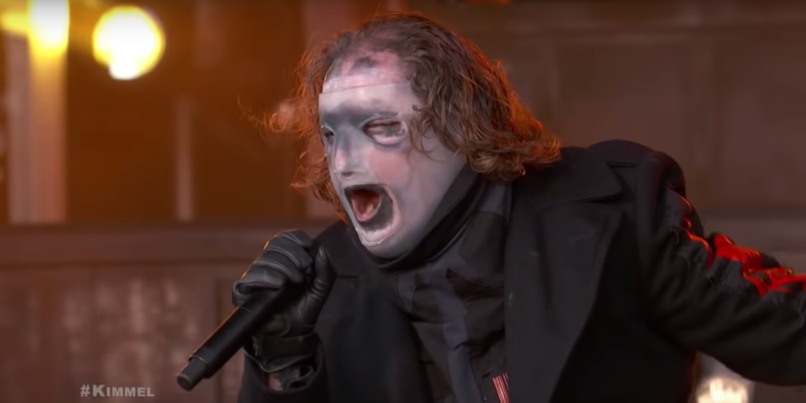 Even behind a mask, Corey Taylor is, in many ways, the face of Slipknot — so it’s hard to imagine the band continuing without him. That said, the singer thinks Slipknot can persevere if he ever had to part ways with the group.

In a new interview with Metal Hammer, Taylor was asked how long he thinks Slipknot can go on, a legit question given the intense physical demands of the band’s live performances. “I mean, it’s crossed my mind as the years have gone on,” Taylor replied. “It’s gotten harder to do this. You think about when the end is. No one thought we’d be doing it 20 years later.”

He continued, “If I just couldn’t do it anymore, I’d just stop, but that doesn’t mean that the band would stop. If I can’t do it then someone might be able to take my place. I’ve thought about it before: If the right person came around and the guys were into it then I’ll just head off. We can’t shortchange anyone.”

The vocalist was also asked what the 1999 version of Slipknot would think about the band today. “I think they’d be blown away that we’re still doing it,” said Taylor. “They would look at us now and be thrilled that we kept it alive. Vital, poignant, insane.”

As of now, Slipknot are as vital as ever. The band will embark on their North American “Knotfest Roadshow” tour this Friday (July 26th) with support from Volbeat, Gojira, and Behemoth (get tickets here). And on August 9th, they’ll release their new studio album, We Are Not Your Kind, which can be pre-ordered here.