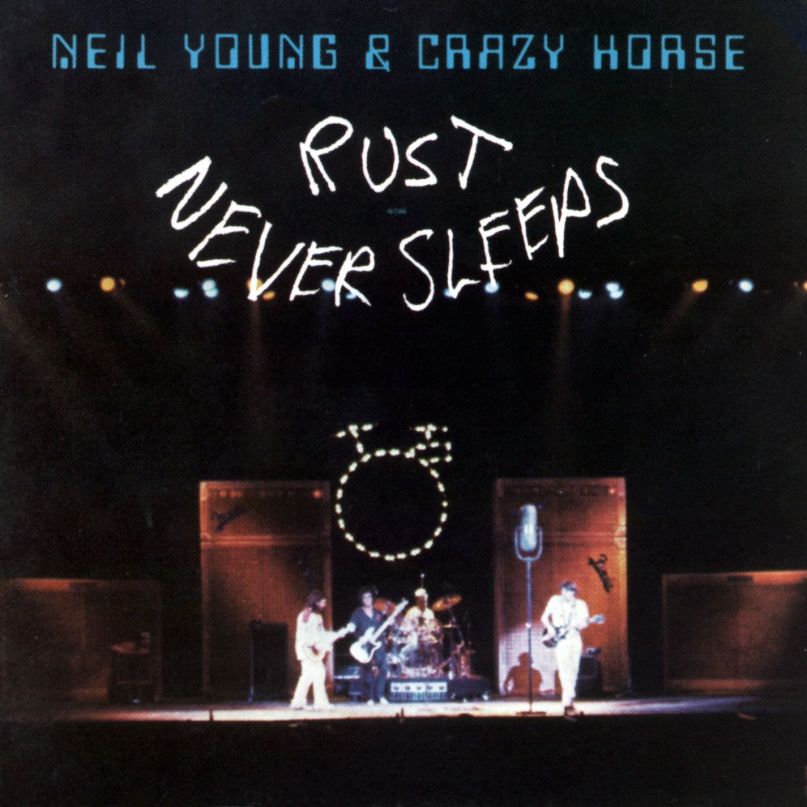 On August 4, 1969, revered concert promoter Bill Graham addressed a group of more than 100 artists, musicians, and journalists and announced that he was going to surrender affiliation with the flagship San Francisco venue The Fillmore Auditorium. As Rolling Stone reported, Graham was overcome with emotion. This moment felt bittersweet to him. He was forlorn. At the same time, he was livid. Detractors who perceived him as greedy were there to confront him, prompting him to yell at the crowd, “Fuck you. FUCK YOU!”

If reporter Ben Fong-Torres’ account was indeed correct, this conference was nothing short of an unbridled disaster. Maybe Graham had a short fuse, but I believe his anger stemmed from something far greater. See, Graham believed that rock concerts were dying out at an exponential pace. He despised the increasing ubiquity of arena tours. Despite 1969 being the year of Woodstock, he thought the counterculture he had heavily rooted himself in was waning.

“I think this city will know what it’s lost by the first week of 1970,” he lamented.

Nine years after this harrowing prediction, San Francisco became the site of yet another significant milestone in rock music history. On May 8th, 1978, Neil Young performed at the Boarding House. This affair was more of a recording session than a concert, as many of the cuts performed would compose his 11th studio album, Rust Never Sleeps.

On Rust Never Sleeps, San Franciscans bore witness to a beloved Woodstock alumnus bidding farewell to his formative era and embracing the zeitgeist of the late ‘70s. The album proved his longevity and scope of imagination. It oscillates between intimate and tinnitus-inducing, between poetic and comical. It starts and ends with the lyrics, “My, my, hey, hey/ Rock and roll is here to stay,” and above all else, Young gives a compelling testimony to that fact.

Of course, Young didn’t coin the phrase “Rock and roll is here to stay.” That was the title of a 1958 doo-wop song by Danny & the Juniors, and Sha-Na-Na’s cover of the smash hit would be inescapable exactly 20 years later after its inclusion on the Grease soundtrack. In this context, many have deduced that Young sang these lyrics in a tongue-in-cheek manner, but a case can be made for the contrary. On Rust Never Sleeps, he genuinely seems to believe that rock music is a timeless cultural force, despite the volatile changes it had encountered.

“The King is gone, but he’s not forgotten/ This is the story of Johnny Rotten.”

This lyrical passage chronicles a crucial realization Young came to in the late ‘70s. In 1977, one of his childhood heroes, Elvis Presley, died. Punk rock was becoming a dominant force in the underground, and Young took a liking to its grit and cavalier defiance to orthodoxy. He correctly predicted that punk would change the direction of rock music in the years to come and simultaneously noticed that contemporaries of his were rapidly fading into obscurity.

These thoughts coalesced into an epiphany that, when articulated, would serve as one of Young’s most notorious lyrics yet: “It’s better to burn out than to fade away.”

And he burned out in flying colors. Seven out of nine songs on Rust Never Sleeps were recorded in a live setting, and such a soundscape was conducive to Young’s versatility. In the accompanying concert film of the same name, Young paid tribute to the counterculture, incorporating the likeness of Woodstock into the live presentation. He and Crazy Horse walked on stage to Jimi Hendrix’s “Star-Spangled Banner” playing over the house speakers. Between songs, “PSAs” warned attendees about bad LSD being circulated. As Young played his 1977 single “Hurricane”, stagehands made artificial rain pour. The roadies on stage wore burlap sacks and exaggerated “eyes.”

Young meticulously crafted such eccentricities and theatrics for his live audience, but in both the visual and auditory renderings of the performances, signs of the crowd’s existence were minimal. Only at the end of closing track “Hey Hey, My My (Into the Black)” do you hear the audience rapturously applaud; most of the applause was overdubbed, leaving few traces of cheering to be deciphered.

This subtle effect makes tracks such as “Sedan Delivery” even more punchy and sonically raw; it makes “Thrasher” feel more intimate. This demarcation is well-established: Side A consists entirely of solo acoustic cuts, while Side B has Young and Crazy Horse using electric instrumentation. The lyrical subject matter, however, is a mixed bag.

On “Thrasher”, Young documents his departure from Crosby, Stills & Nash, going as far as to call the trio “Deadweight.” He also gives a poetic description of nature in a manner similar to John Steinbeck (Young even mentions Steinbeck’s hometown, Salinas, in “Sail Away”) while also noting the industrial fixtures surrounding it.

On the first verse of “Pocahontas”, Young conjures a picturesque image of an aurora in the sky and its reflection in a river and contrasts it with Native Americans fleeing from European colonists. The horrors of war are also encapsulated in “Powderfinger”, which ends with the narrator dying in combat after he takes his dead father’s rifle and runs.

Neither of these tracks are preachy; they simply tell a story. The former track ends with an anachronistic reimagining of Young hanging out with Marlon Brando and Pocahontas. The surrealism incorporated into “Sedan Delivery” consists of what many interpret to be a drug dealer driving around in the namesake vehicle. It also describes Julius Caesar and Cleopatra making love in the Milky Way Galaxy.

On the first verse of this cut, Young makes a dark joke about a pool game with a woman with varicose veins and muses about how easy it was to beat her as she looked in the mirror and tried to conceal her skin as he played without her. On some tracks, the comic relief is far more explicit. On “Ride My Llama”, Young informs the listener of his intentions to ride his llama from Peru to Texarkana, TX. “Welfare Mothers” is a satirical cut with a repeated chant, “Welfare mothers make better lovers,” and as one may notice, it is deliberately crass.

With such a diverse array of lyrical subjects, Rust Never Sleeps is clearly not a concept album. Young has always been a multifaceted artist; his 1975 LP Tonight’s the Night, for example, was a bona fide expression of grief, and at times, it was celebratory and gluttonous. Only three tracks on this album explore Young’s sudden stylistic transformation, two of which are “My My, Hey Hey (Out of the Blue)” and “Hey Hey, My My (Into the Black)”.

Despite such restraint, he bookends Rust Never Sleeps with these cuts respectively, and this sequencing makes the album feel resolved and cohesive. The album’s name, a nod to Rust-Oleum’s slogan that was suggested by Devo’s Mark Mothersbaugh, was even repeated in the latter track to indicate that creative stagnation will have a lasting effect on your career as an artist.

Per Graham’s prediction, San Franciscans certainly knew what they lost by the ‘70s. But if Young could leave it all behind, why couldn’t they?