Win Godzilla: King of the Monsters and Child’s Play on vinyl! 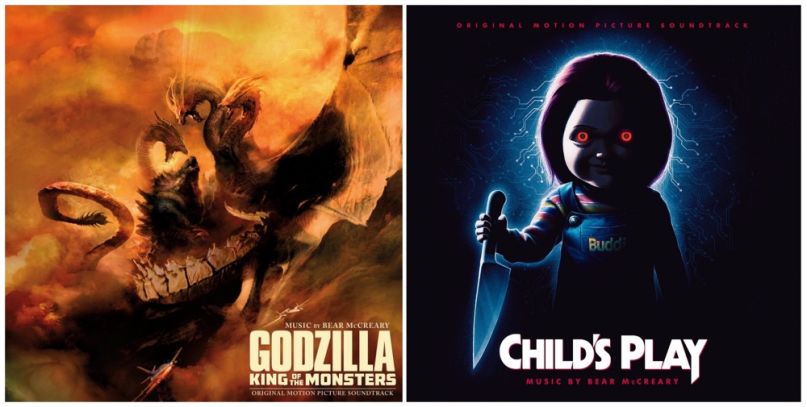 Composer Bear McCreary is responsible for scoring two of this summer’s deadliest monsters. He brought majesty to the kaiju in Godzilla: King of the Monsters and he added terror to Chucky in Child’s Play. Both are heading to vinyl via Waxwork Records.

For Godzilla, Waxwork has boxed up the monsters in a deluxe triple LP set and pressed them on 180 “kaiju-colored vinyl. Like the members of Monarch, fans can side with the Godzilla edition that stomps by on Electric Blue, Black, and Gray Swirl vinyl.

Or, they can opt for the Kaiju edition, which favors King Ghidorah (Gold and Yellow Swirl), Rodan (Oxblood and Fire Orange Swirl), and Mothra (Cyan and Baby Blue Swirl). Both include artwork by Christopher Shy and liner notes by McCreary and director Michael Dougherty. Pre-orders are currently on-going with shipments to go out in August.

For Child’s Play, Waxwork trapped the deadly doll on Blue and Red “Chucky’s Eyes” vinyl and packaged it with artwork by Phantom City Creative, a 12”x12” insert, and liner notes. Pre-orders are currently on-going, also with an August release.

Fortunately for you, though, Waxwork and Consequence of Sound have teamed up to bring McCreary to you. We’re giving one lucky winner a copy of each score to take home. All you have to do is sign up and try to win below.