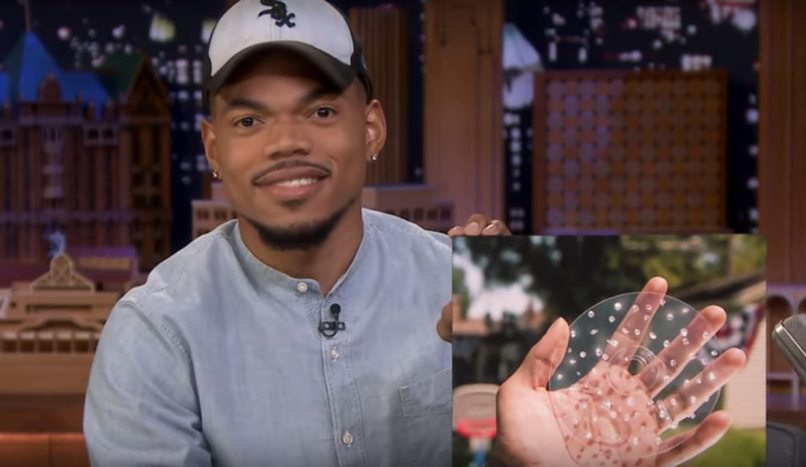 Chance the Rapper introduces The Big Day on Fallon

Following a string of successful mixtapes, Chance the Rapper is gearing up for the release of his “debut album.” He’s been teasing the project for some time now, having released the lead single “GRoCERIES” back in May. More recently, he made his trio of mixtapes — 10 Day, Acid Rap, and Coloring Book — available on streaming services for the first time and begun accepting pre-orders for the new album.

On Tuesday night, Chance the Snapper’s namesake visited The Tonight Show to reveal more details about the impending release. It’s called The Big Day and is due out on July 26th. In the screen capture above, you can see Chance holding the album’s cover artwork.

While on Fallon, Chance participated in a segment called Box of Lies and discussed his secret role in The Lion King.