Carrie Brownstein responds to Janet Weiss leaving Sleater-Kinney: “We asked her to stay. We tried.”

"what am I supposed to say? She left" 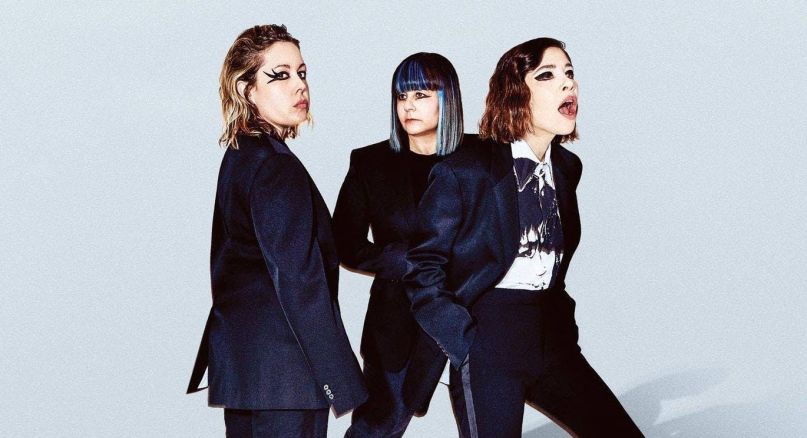 Sleater-Kinney drummer Janet Weiss announced she was leaving the band at the start of this month. Now, in response to a fan comment on Instagram, guitarist and singer Carrie Brownstein has responded more in depth, Uproxx notes.

Yesterday, Brownstein posted a teaser clip on her personal Instagram and tagged Sleater-Kinney, implying the audio is from a new song off their upcoming album,The Center Won’t Hold. One fan was confused as to why Brownstein and singer-bassist Corin Tucker had yet to discuss the departure beyond their group statement. So the fan took to Brownstein’s post to ask for clarification, writing, “Why haven’t y’all made a statement about her leaving? People are buying tickets to your tour. Many of us bought them expecting Janet to be a part of it, and we want to know what’s up.” Brownstein responded with a lengthy explanation, as follows:

“what am I supposed to say? She left. We asked her to stay. We tried. It’s hard and sad. Most people would ask me, ‘hey are you ok?’ That’s the human response. She’s left us with a job to do, a job we also expected and wanted her to be a part of. Her playing on this record is amazing and she’s raved about this album to us and to Annie. But we have to keep looking to the future. Things change, even when those changes are hard and unexpected. Four amazing women worked on this record and we are going to honor that work. So, what’s up? The usual….Women picking up the pieces when someone quits, because we have to and want to. We’re going to keep going because we believe in ourselves and it’s a privilege to get to play music for people. It’s a new chapter. And all artistic entities have many chapters, if they’re lucky. Either the music will resonate or it won’t.”

(Read: Get Proud: 10 Must-See LGBTQ+ Musicians on Tour This Summer)

This suggests Weiss has a potentially bigger project to work on, one that felt more worthwhile than the current direction of Sleater-Kinney. That much was somewhat easy to gather, given the directness of her statement: “After intense deliberation and with heavy sadness, I have decided to leave Sleater-Kinney. The band is heading in a new direction and it is time for me to move on.”

After the fan responded, expressing remorse for never being able to see the band while Weiss was a member, Brownstein continued the conversation. “I dip in/out of the comments. And social media is a beast for real conversations. But I do care. And your questions were in earnest. Thanks for letting me know how you feel,” she wrote. “No need to apologize for anything.. Thank you for listening and responding as well. Have a good night.”

Despite this news, Sleater-Kinney are still scheduled to release their new album on August 16th and embark on a supporting tour. The band’s ninth full-length to date was produced by St. Vincent’s Annie Clark and sees all three members — Brownstein, Weiss, and Corin Tucker — on the album. It serves as the follow-up to 2015’s reunion album No Cities to Love. Lead singles “Hurry on Home” and “The Future is Here” show the band going in a more digital, glossy direction — perhaps a move that influenced, in some part, Weiss’ decision to leave the band.