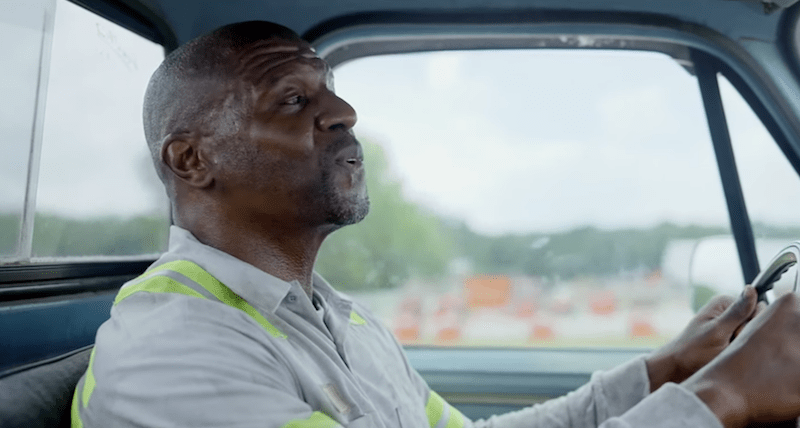 Alabama Shakes leader Brittany Howard will release her debut solo album, Jaime, later this summer. The record is named after Howard’s sister, who taught her about piano and poetry before passing away from cancer. Meanwhile, the album’s latest single, “Stay High”, is dedicated to Howard’s father and comes with a feel-good video starring Terry Crews.

Directed by Kim Gehrig, the clip was shot in Howard’s hometown of Athens, Alabama. Crews plays a factory worker who finds joy in the simplicities of his everyday life. We see him happily crooning along to “Stay High” as he goes about town, and other locals join in on the song — proof that positive energy is contagious.

In a statement, the Alabama Shakes singer/guitarist spoke about Crews’ role, saying that he “plays a man who isn’t out to change the world, he plays a man who just wants to come home to those who understand and love him best.” She added, “We see his inner beauty, grace and humanity in a place that is so often misunderstood.”

Crews said he was moved by Howard’s personal pitch for the video,

“I got an email from the Brittany Howard, asking me to be a part of a song she wrote that was all about her dad and how special he was to the family. And she poured her heart out in this letter. I couldn’t believe it. Brittany was like, ‘We can shoot it in L.A.,’ and I said, ‘No, I’m coming to you, we’re going to Alabama. We’re going to where you grew up, to where your family is.'”

Check out the “Stay High” clip below, which features a cameo from Howard’s father, KJ.

Today’s track follows lead single “History Repeats”. Jaime is due out September 20th through ATO Records and will be supported with a North American fall tour. Grab tickets to all of Howard’s shows here.