The Chicago native can't quite connect with songs about fatherhood, God, and marriage 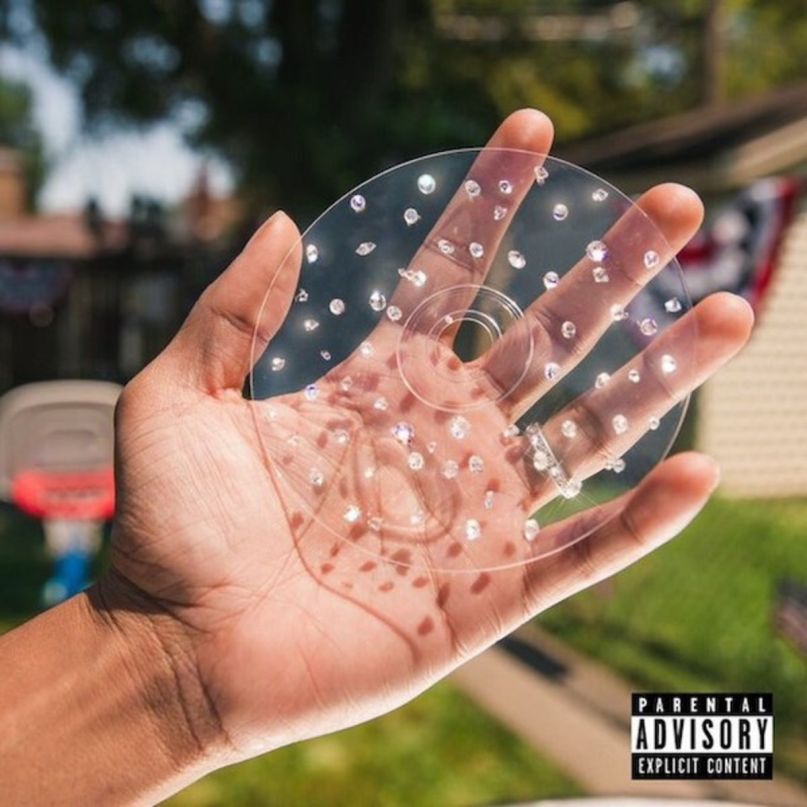 The Lowdown: In the last seven years, Chance the Rapper has gone from handing out CDs outside of Chicago high schools to getting thousands of people to spend $30 on a hat with just the number three on it. In addition to occupying a firm place on thousands of people’s foreheads, the hats signaled Chance’s invasion into the mainstream. He acquired a devout following, all of whom were enamored with his mixtapes: Acid Rap, 10 Day, and the Kanye-congruent Coloring Book. Almost immediately, he took his newfound platform and ran with it, advocating for his hometown of Chicago, donating massive amounts of money to charities, endorsing mayoral candidates, buying a newspaper, and more. Without ever releasing a proper album, he became one of the most significant and well-liked musicians in popular culture. Now, Chance has finally released his much-yearned-for and long-awaited debut album, The Big Day.

The Good: The Big Day starts out strong. Chance immediately invokes an almost innate feeling of nostalgia with his famous three words: “and we back.” The opening notes of “All Day Long” equally recall Chance’s previously established ability to capitalize on funk, gospel, and rap, as he balances the three to create something profound. It makes sense then that this track features John Legend, an artist who has often tried a similar maneuver throughout his career.

If you’re looking for a song to play at the end of a Netflix original romantic comedy, “Do You Remember” has you covered. It features Death Cab for Cutie and is obviously made to be played as the camera zooms out on a young family holding hands at a park after they’ve just struggled for 90 minutes to make their relationship work. Despite its corniness, it invokes a smile and an “aw.” And then comes the infectiously groovy “Eternal”, with disco riffs working overtime to energize Chance’s purposefully lethargic flow. This song is also home to one of the record’s best guest verses: St. Louis-native Smino brings his A-game as he slurs his verse to align with his predecessor, Chano.

The first and third tracks specifically highlight the themes at play on The Big Day in the most effective way: fatherhood, spirituality, and marriage. And while it’s no secret that Chance has turned a corner in his life, he’s now making it clear just how exuberant he is about it all. The record as a whole is unapologetically jubilant, a celebration of the situation he’s worked hard to be in, of his success within his personal, professional, and religious lives.

The Bad: Unfortunately, Chance’s introductory claim of being “back” proves to not be entirely true. Maybe he’s just a victim of his own success. Acid Rap, 10 Day, and Coloring Book became classics effortlessly, and it might not be entirely possible to live up to their legacy. They’re not polished or over-produced, but highly developed, packed to the brim with quotable lyrics and features from artists whose blow-ups were impending. When he first arrived on the scene years ago, it seemed as though Chance knew exactly who he was, and no one had really heard anyone like him.

That sense of identity is almost entirely lost on The Big Day, as he teeters back and forth between creating a rap album and a gospel album. Perhaps if he would’ve gone with the latter and ran with it, this could have actually been a really successful project with at least a continuous storyline. An album built around songs like “I Got You (Always and Forever)” and “We Go High” could have redefined what it means to be a gospel artist today. Although it’s not like Chance has never mentioned his relationship with God prior to this album, it’s no longer a small piece of his public presence. Here, his piety has seemed to take over entirely, even if it’s not always in your face. It’s the underlying message to each track — the omnipresent feature.

It seems Chance hasn’t quite mastered translating his maturity into his music, both in terms of messaging and production. Many of the tracks are underdeveloped, not to mention there are far too many on the album. Most blatantly, the skits don’t really add much except the time it takes to consume the album as a whole. The lyrics themselves also fall increasingly flat. On “We Go High”, the main verse reads repeatedly: “It’s too bad, and it’s so sad.” This coming from the same artist who gave us lyrics like “Lean all on a square/ That’s a f****** rhombus” is simply hard to accept. It continues with “Hot Shower”, which attempts to emulate the Valee’s smash hit “Womp Womp,” but turns disastrous — until DaBaby revives it as he does best. And “Get a Bag” is annoyingly redundant for over three minutes.

The Verdict: Chance’s early mixtapes are grimy, with low-level production held afloat by an obvious burning drive to make music. What made people gravitate so desperately towards them, though, was the music’s undeniable relatability — he rapped about being an idiot in highschool, smoking, friendship, girls, family, feuds, juking, etc. Now, his life essentially involves none of that. For the most part, Chance makes music for young people, people whose lives don’t quite revolve around children and marriage just yet. So, in addition to the album’s subjects being alienating, it also just ends up feeling resoundingly empty. There’s an abyss between the kid on Acid Rap and the man on The Big Day. And while you can’t blame a man for growing up and aging out of those topics, you can blame him for not being able to communicate in a way that still resonates with his fans. Regardless, the key positive takeaway is this: Chance is happy, and it’s hard not to be happy for him. Even if it means we’ll never get the old Chance back.

Essential Tracks: “Eternal”, “All Day Long”, and “Do You Remember”