The Radiohead frontman returns next week with his third solo offering 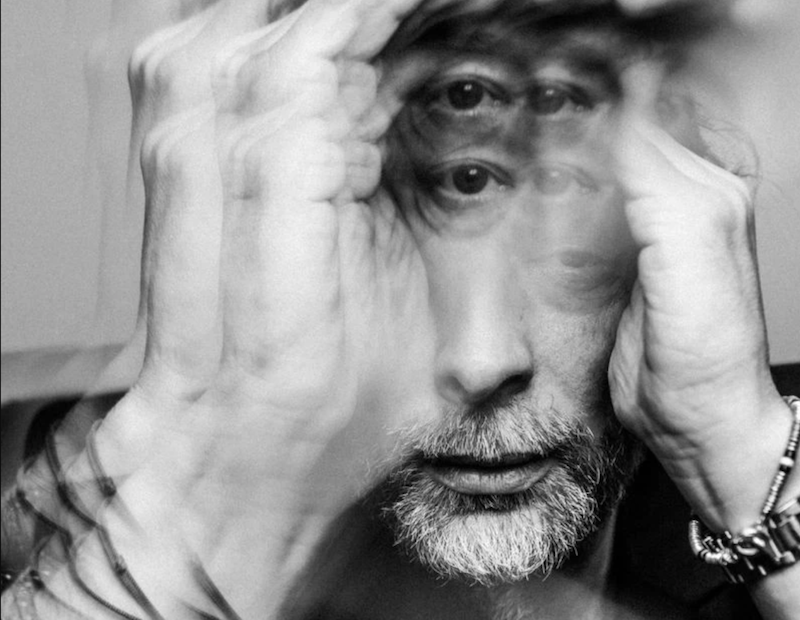 The album contains nine tracks written by Yorke and produced by frequent collaborator Nigel Godrich. Among the included tracks are “I’m A Very Rude Person”, “Twist”, and “Not the News”, songs of which Yorke previously debuted in concert. Another track, “Dawn Chorus”, dates back to 2008 and was previously performed during a Radiohead soundcheck. A bonus offering called “Ladies & Gentlemen, Thank You for Coming)” will be exclusive to the vinyl release of the album.

Accompanying the album is a “one-reeler”, also entitled ANIMA, directed by acclaimed filmmaker Paul Thomas Anderson (There Will Be Blood, Boogie Nights). As a teaser video explains, “a one-reeler is a motion picture, especially a cartoon or comedy, of 10-12 minutes duration and contained on one reel of film; popular especially in the era of silent films.” Yorke’s PTA-helmed one-reeler is set to three tracks from ANIMA, and will screen in select IMAX theaters on June 26th prior to debuting on Netflix on June 27th. Watch the teaser below.

As for the meaning of ANIMA? A press release includes two definitions: 1.) “an individual’s true inner self that in the analytic psychology of C. G. Jung reflects archetypal ideals of conduct.” 2.) “an inner feminine part of the male personality.” This idea of internal identity in the face of “archetypal ideas” reflects what Yorke previously told Cracked about the album, saying it was inspired by his anxieties and fears about world events. It was also hinted at over the weekend with teaser ads that led people to call or visit the website of the fictional Anima Technologies, a company which promised to take a snapshot of your dreams with a “dream camera” before being “ordered by the High Court to cease and desist” from its business.

Yorke will support the album’s release with tour dates in both Europe and North America starting next month. You can get tickets to all of Yorke’s upcoming shows here.