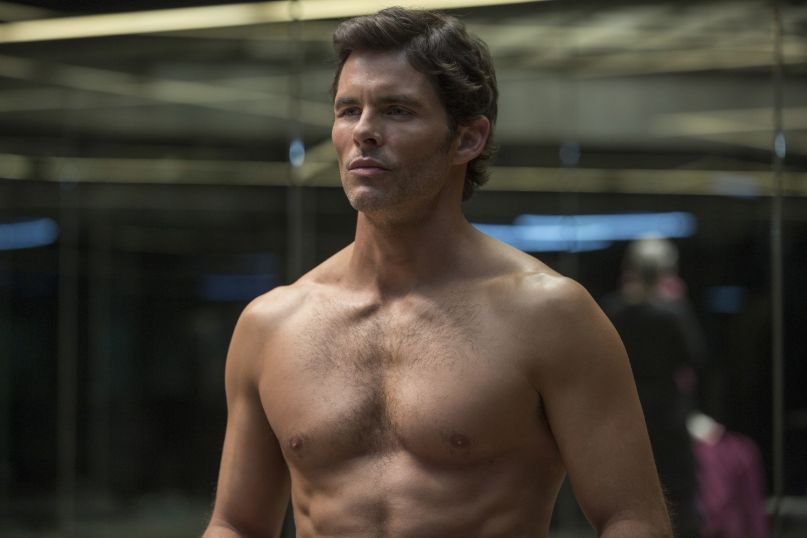 Casting has reportedly begun on CBS All Access’ adaptation of Stephen King’s apocalyptic opus, The Stand. According to a new report by Collider, writer and director Josh Boone is amidst pre-production and beginning to eye stars for the story’s many, many names.

Those already being discussed include James Marsden, Amber Heard, Whoopi Goldberg, Greg Kinnear, Odessa Young, and Henry Zaga. CBS All Access would not confirm any casting, but these names comes straight from “multiple agency sources.”

James Marsden is in advanced negotiations to play Stu Redman, a Texan who is the first man discovered to be immune to the Captain Trips virus that has ravaged the planet. He eventually becomes a leader in a community known as the Free Zone, and is tasked with confronting the evil Randall Flagg. Gary Sinise played Stu in the 1994 ABC miniseries.

Amber Heard is in negotiations to play Nadine Cross, a private school teacher and virgin who believes she has a unique destiny to be by Flagg’s side. Laura San Giacomo played Nadine in the original miniseries.

Oscar winner Whoopi Goldberg is in negotiations to play Mother Abagail, who is immune to the superflu and leads the ‘good’ survivors of the plague toward Boulder, Colorado. She also claims to be a prophet of God. Ruby Dee originated the character in the miniseries.

Oscar winner Greg Kinnear is in negotiations to play Glen Bateman, an arthritis-afflicted professor who joins Stu on his journey to meet Mother Abagail. Glen was played by Ray Walston in the original ABC miniseries.

Rising star Odessa Young is in advanced negotiations to play Frannie Goldsmith, a pregnant woman who leaves her devastated community with a man named Harold Lauder, but ends up falling in love with Stu, much to Harold’s chagrin. The character was first played by Molly Ringwald in the 1994 miniseries.

Up-and-coming actor Henry Zaga is all but set to play Nick Andros, a young, deaf-mute grifter who wears an eye patch for most of King’s book. Rob Lowe played the character in the miniseries.

We’re admittedly psyched to see Marsden play Stu, but also surprised to see that the age disparity with his love interest might be addressed. After all, Young is 21 and and Marsden will be 46 this September, and that gap in years is pretty true to the story.

On the opposite end, we’re intrigued to see they’re going young with Bateman. Kinnear is only 56 years old, which is a far cry from Walston’s 80-year-old portrayal in the 1994 miniseries. Hell, Kinnear’s Bateman will actually be able to chase Kojak!

Alas, we’ll see if this all shakes out. Even if it does, the series still has some 100+ characters to cast, including key roles in Randall Flagg, Larry Underwood, and Lloyd Henreid.

As previously reported, CBS All Access has ordered 10 episodes for the limited-series run. Boone and Ben Cavell both adapted the story and will executive produce.

Published in 1978 and updated in 1990, the 1,200 page tome takes place in a world ravaged by an unstoppable plague, where the survivors are caught in an elemental struggle between good and evil. There are those who follow the prophetic wisdom of 108-year-old Mother Abagail, and there are those who follow the lead of the eternally evil Randall Flagg.

Subscribe to our weekly Stephen King podcast, The Losers’ Club, to stay tuned for further developments. Below, you can stream their exhaustive review on Mick Garris’ 1994 miniseries, which includes an interview with both Garris and composer W.G. Snuffy Walden.