Run the Jewels working with Rick Rubin on new album 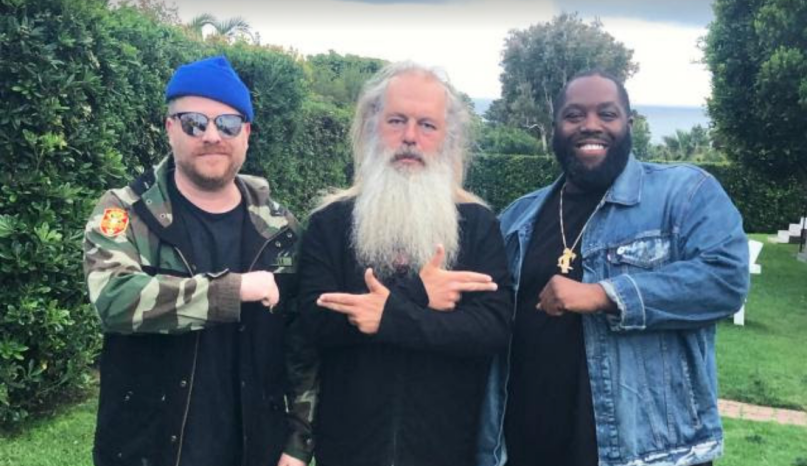 Run the Jewels with Rick Rubin

On the Run the Jewels’ track “Talk to Me”, El-P proudly raps that he’s “the son of Rick Rubin.” With work on RTJ 4 well underway, El-P and Killer Mike are seeking some fatherly’s guidance from the legendary hip-hop producer.

According to a newsletter sent to fans, Run the Jewels recently stopped by Rubin’s Los Angeles studio to “keep shit moving.”

“We’ve been going hard on RTJ4 and have a genuine excitement to share new music with you all. We stand behind our statement that this record is going to punch you in the fucking face and burn everything in its path,” the duo declared. “We thank you for your continued patience as we put together what we believe will be our best record yet.”

RTJ 3 came out in December 2016. As they finish work on its follow-up, El-P and Killer Mike will exit the studio for festival appearances at Ohio’s Bunbury, Minnesota’s Soundset, and Woodstock.