"Inspired by the national obsession with political discourse and... the policing of comedians' language" 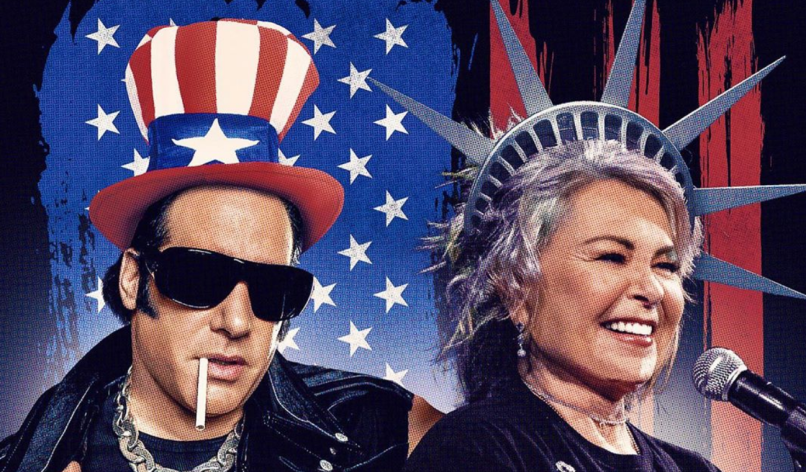 FOX News (naturally) got the exclusive on the pair’s upcoming “Mr. And Mrs. America Tour”. Its title, as you may have guessed, is “inspired by the national obsession with political discourse and, occasionally, the alleged policing of comedians’ language,” FOX notes. (Barr was of course booted from her ABC sitcom after tweeting a racist remark about former Obama adviser Valerie Jarrett.)

In an interview with FOX, Clay defended his tour mate: “She’s a comic because she’s wacky. I’ve known her since we were kids. When people ask about what she said, I say, ‘She’s a comic!’ We gotta stop policing comedians. This is America!”

“America really needs to lighten up and not worry about the words comedians use, because it’s all we have,” Clay added. There’s clean stuff and there’s street stuff. I’m a street guy because I tell it like it is. “I’m living it more now than I have for a really long time. My shows have been longer, my material is fresher. With these shows, I can do as long as I want because it’s one show a night.

The tour kicks off in September, with a full itinerary to be announced shortly. You can get tickets here.

Clay was most recently seen in A Star is Born. Meanwhile, Barr recently filmed a bizarre YouTube video in which she referred to Congresswoman Alexandria Ocasio-Cortez as a “Farrakhan-loving… bug-eyed bitch,” because comedy.