In anticipation of her forthcoming five-night Broadway residency 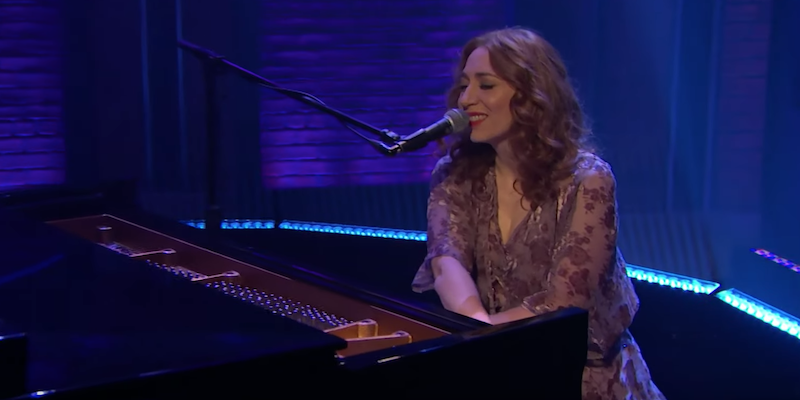 Regina Spektor is a week away from kicking off her Broadway residency. Last night, the piano pop maven previewed the five-night run with a performance of “Loveology” on Late Night with Seth Meyers.

Sat at a grand piano, Spektor was backed by a three-piece string section for the rendition. “Loveology” has never appeared on a studio album and is only rarely performed during concerts, making this televised performance something of a treat for fans. It’s also a beautiful hint of what’s to come from the upcoming Broadway gigs, suggesting the Russian singer-songwriter is digging deep into her catalog for the setlists.

Ahead of those performances, Spektor sat down for an episode of This Must Be the Gig to discuss what she’s bringing to Broadway, her earliest concerts, and opening for The Strokes. Listen in below.