Ahead of the New York songwriter's tour with Sigrid 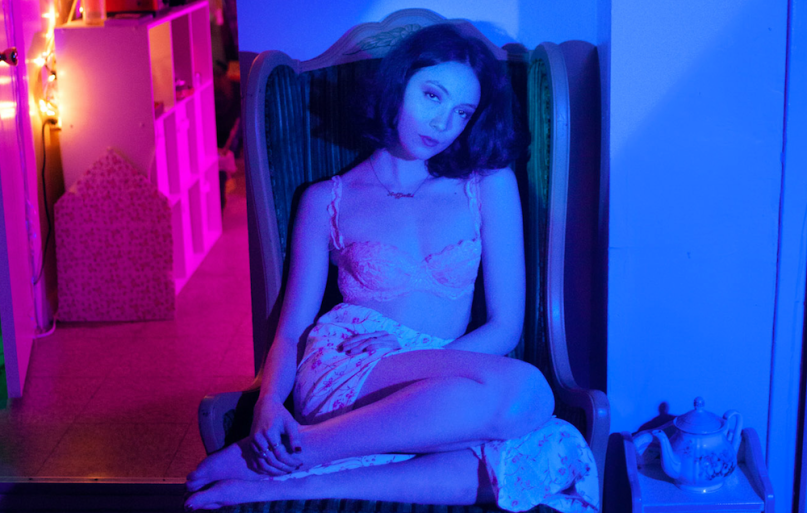 New York’s Raffaella is known for packing both clever melodies and bite-sized wisdom in her songs. She previously advocated for patience on March single “NASA’s Fake”. Today, the rising indie pop songwriter is calling for hypocrites, including herself, to realize their two-faced ways on “Hell Yeah”.

Raffaella’s latest specifically eyes wealthy New Yorkers who mistakenly equate their overflowing bank accounts with some form of higher transcendence. “Rich kids in a day dream/ We’re just too lazy to rock the vote,” she sings. “Designer drugs in our bloodstream/ We’re all just vegans in fur coats/ I think I might have found Jesus in his red soled Louboutin’s.”

In a statement, the young artist elaborated on “Hell Yeah”, saying,

“It’s about growing-up in NYC amongst like-minded hypocrites. I’m singing a daydream in honor of the kids who had a thing for confusing spirituality with currency, hoping to expose the contradiction in a rosy spotlight.”

This fall, Raffaella will hit the road alongside Sigrid. Look for tickets here.

!!!! hey remember how I’m opening for SIGRID.?! !(!? I am a very big fan of hers so this is very much a dream come true 💖 limited tix left ! pic.twitter.com/AaXlFGNn1d