The legendary filmmaker is busy doing his homework for Endgame 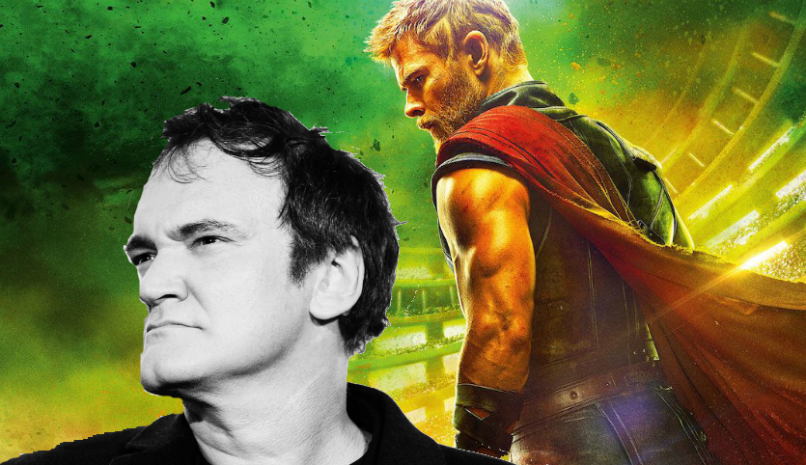 Quentin Tarantino has yet to see Avengers: Endgame. Reason being, the auteur is still catching up on the Marvel Cinematic Universe, according to a new interview with Empire Magazine (via CBM).

“I haven’t been keeping up to date with them for, I guess, the last four years,” Tarantino admitted, acting as if he hasn’t been busy making movies himself. “I think the only comic book movies I saw last year at theaters were Wonder Woman and Black Panther.”

He shared that he started bingeing the series “a couple of weeks ago” with the intent to finally see Endgame. He added, “I just finished Captain America: Civil War, so next up is Doctor Strange.”

(Ranking: Every Marvel Movie and TV Show from Worst to Best)

So, far his top pick involves everyone’s favorite Norse god. “Actually, the last one I saw was [Thor:] Ragnarok,” Tarantino insisted. “I loved it. It was my favorite one of the series since The Avengers – drastically my favorite.”

He’s not alone. Taika Waititi’s has quickly become a favorite among many MCU fans, namely for its ability to feel like a filmmaker’s film. That aspect likely appealed to Tarantino, who certainly has a thing for signature and style.

Elsewhere in the interview, Tarantino offered an update on his involvement with Star Trek. “There’s a script that exists for it now,” he confirmed. “I need to weigh in on it, but I haven’t been able to do that yet.” He also doubled down on the R-rating, “If I do it, it’ll be R-rated.”

For now, he’s a little preoccupied. Once Upon a Time… in Hollywood, his ninth feature, hits theaters on July 26th. Catch the trailer for that below.