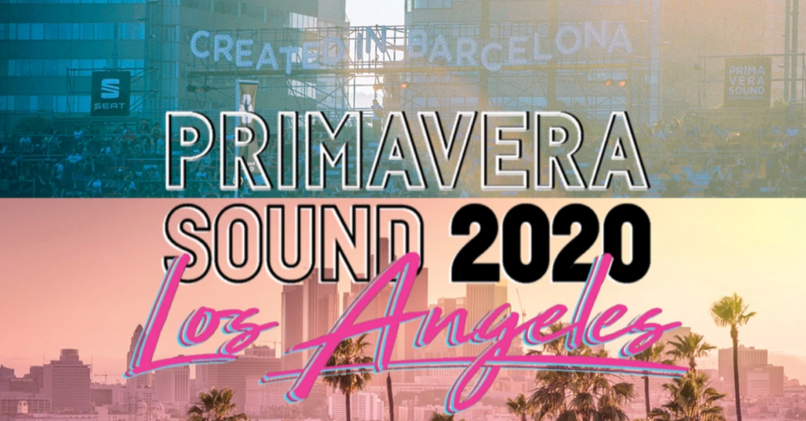 Los Angeles is gonna get a lot louder.

Primavera Sound has announced that they’re expanding their brand to the City of Angels in 2020. The festival, which is held annually in Barcelona and Porto, will touch down on September 19-20th at the Los Angeles State Historic Park.

“We have been thinking about Los Angeles for many years now, and the celebration of our 20th anniversary felt like the perfect timing for the decision of crossing overseas,” said co-director Gabi Ruiz in a press release. “Our goal is to bring the Primavera Sound spirit and vibe to cities with a similar feel: creative, colourful and welcoming. And with this, to give something new to the city, to show a new side and new possibilities to be built and harvested together. So it’s a dream to finally say: yes, it had to be Los Angeles.”

Dubbed Primavera Sound Los Angeles, the first-ever US expansion coincides with the festival’s 20th anniversary. A co-production with Live Nation, the festival promises “a lineup featuring the classics, icons of today, and artists of tomorrow during an incredible weekend of music without stylistic barriers that includes a public commitment to gender equality.”

The lineup and ticketing information will be announced in the coming months. However, longtime fans of the brand can snag a limited amount of Early Bird tickets that will be released on June 7th, 2019 at 9:00am PST. Keep your eyes on the official site.

This year’s Barcelona installment wraps up tonight with headlining sets by Solange, J Balvin, and Rosalia. The past two nights have seen the likes of Tame Impala, Cardi B, Janelle Monae, Erykah Badu, and Future.

Rest assured, next year’s stateside equivalent will be just as impressive.