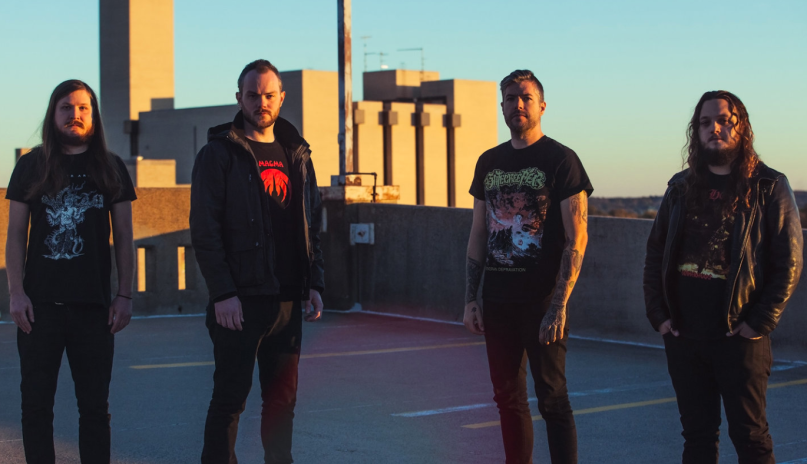 After releasing three lauded full-length albums on Profound Lore, Pallbearer have joined the Nuclear Blast Records roster, signing to the label for future releases. The Arkansas doom metal act also announced a string of summer tour dates across the Midwest and shared a new single, “Atlantis”, as part of the revived Sub Pop Singles Club.

“We are very honored to announce that we have signed a worldwide record deal with Nuclear Blast,” the band remarked in a press release. “We had the great privilege of working with them on the European distribution of our previous album, and it was quite clear that this was the next logical step for us. We greatly look forward to continuing our work with Monte Conner and his legendary team at the label, as well as being included amongst a truly unparalleled group of some of heavy music’s greatest artists of the modern era.”

Commemorating the occasion, Pallbearer also released a new 7-inch as part of the Sub Pop Singles Club featuring a new track, “Atlantis” — a melodic slice of progressive metal — and an invigorating live version of Heartless track “Thorns” that has “a different bit of attitude after being road-worn for a couple of years.” Sadly subscriptions to the series are closed, but the tracks are available across digital platforms. Listen to “Atlantis” below or download it here.

The band is currently writing their follow-up to 2017’s Heartless, but are coming out of “hibernation” for a small run of shows across the Midwest and South, including two dates with Baroness and two special shows in their home state of Arkansas where the band will play its 2012 debut Sorrow and Extinction in its entirety.

Added the band: “Things didn’t quite line up for us to perform a show commemorating the 10th anniversary of the band last year, but we’ll be performing two dates in our home state that will unofficially be a celebration of one whole decade of Pallbearer in the books so far.”

* = playing Sorrow and Extinction in entirety
+ = with Baroness