R.E.M. frontman could be gearing up for his first-ever solo release 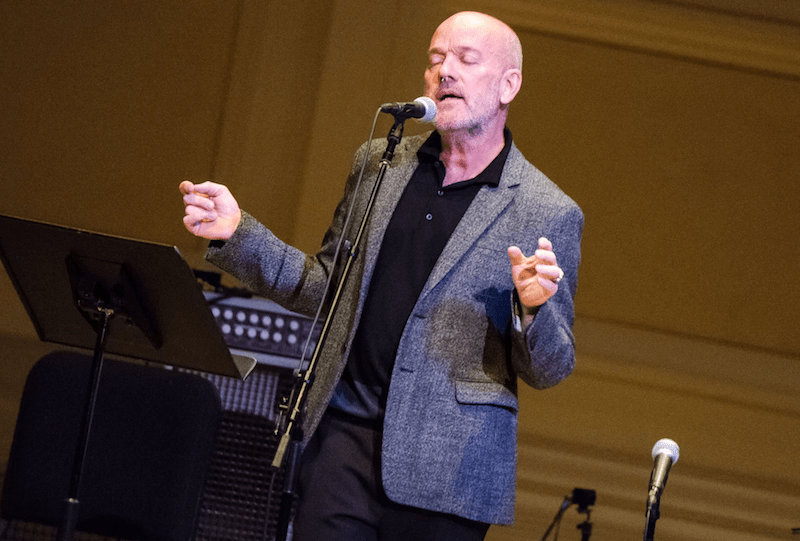 In the eight years since R.E.M. broke up, we haven’t heard much of Michael Stipe’s voice. Sure, there’d be the occasional solo performance or production credit, but in terms of new music from the former frontman, it’s been mum. However, it appears that silence may soon be broken, as Stipe has said he’s working on his first-ever solo project.

As R.E.M.’s website notes (via Stereogum), Stipe recently sat down with Italian newspaper La Repubblica. Keeping in mind that true meaning tends to get sticky in translated interviews, there is one interesting bit where Stipe mentions his solo recordings. “18 songs are already ready,” he said. “For five years I’d had a clean break from music. Now I’m writing, composing and recording all by myself and for the first time.”

New material has indeed been teased recently, including a 40-second snippet called “Future, If Future”. There was also the debut of “Your Capricious Soul” and “Drive to the Ocean” during Stipe’s surprise opening set for Patti Smith in New York City back in May. With those tracks and Stipe’s own words, it seems that new studio recordings truly could be on the horizon.

Now, how far off that horizon actually is is anyone’s guess. Either way, the simple fact that a Michael Stipe solo project is a real possibility is exciting enough.