Metallica’s James Hetfield rocks out to Slayer while driving down the highway: Watch 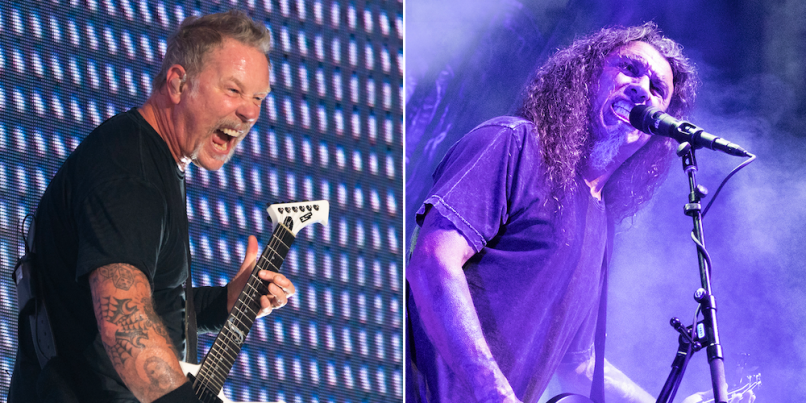 James Hetfield must not have seen that recent study that suggests driving while listening to metal can cause erratic driving. Instead, the Metallica frontman was recently rocking out to fellow thrash-metal legends Slayer while driving down a highway.

In a video posted to Metallica’s Instagram page (watch below), Hetfield’s point of view is seen as his fingers air guitar along to the Slayer track “Angel of Death” all while keeping focused on the road ahead. At one point, the Metallica vocalist is heard singing along to the Slayer classic. The video is captioned, “SLAYING makes me smile!”

Metallica and Slayer make up two of the “Big 4” of thrash metal, with Megadeth and Anthrax being the other two. The four bands performed a series of “Big 4” shows together in 2010 and 2011.

When he’s not banging his head behind the wheel, Hetfield is leading Metallica on their current “Worldwired Tour”, which resumes July 6th in Berlin, Germany.

Slayer, meanwhile, are in the midst of a multi-leg farewell tour, which continues tomorrow night in Helsinki, Finland.