Get Proud: 10 Must-See LGBTQ+ Musicians on Tour This Summer

Celebrate Pride Month by checking out performances by these groundbreaking artists

by Lake Schatz and Irene Monokandilos 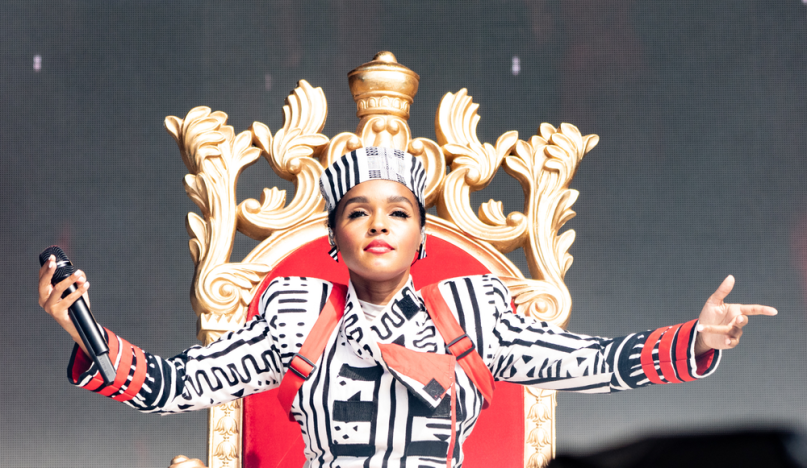 This article is presented by StubHub

In addition to celebrating Pride month, this year marks the 50th anniversary of the Stonewall Riots, a historic event that launched the Gay Liberation Movement and forever changed how the world would view the LGBTQ+ community.

A dialogue was started that day — a dialogue not just about equality, but first and foremost, humanity. The dialogue confirmed that no matter who we love or what our chosen pronouns are, we all breathe, bleed, hurt, and love all the same.

Decades on from Stonewall, society has seen progress. Some stigmas and misconceptions have faded away, replaced by acceptance and tolerance. Laws have been put in place to ensure the marginalized receive the protection they deserve.

And yet, we still hear about hate crimes against LGBTQ+ people every day. We see another black trans woman die at the hands of bigots. We watch as politicians prop us up when it’s beneficial to them, then cut us down by refusing to uphold essential basic human rights. We discover that our own neighbors want to join a parade that mocks us and misses the point of Pride month entirely.

But we shoulder on, because existence in so many ways is a statement in itself. There’s bravery and courage in simply living in the face of hate. And visibility isn’t just for our own selves, but also serves as an inspiration for others.

Today we celebrate some of those musicians who are continuing the movement by showing up and living their truth. Who embrace their gender and sexuality, without letting it define them entirely.

If there were ever a place to find humanity, it would be through music. They say it brings people together. That when we’re all singing along, we’re one voice. So shout with us in the universal language, hand in hand at the live shows of these 10 LGBTQ+ musicians.

German pop singer Kim Petras identifies as transgender and at the age of 16 was one of the youngest people to undergo the process of gender confirmation surgery. Now 26, she’s become a global name on the buzz of her flashy and sensual club gems, such as those strewn throughout 2018’s Turn Off the Light, Vol. 1 EP and recent single “Do Me”. Petras has also lined up collaborations with Charli XCX and PC Music producer Sophie, as well as opened for Troye Sivan on his US tour last year. Currently, Petras is on a lengthy tour of her own, which includes a set as part of the World Pride NYC event on June 29th and the Reading and Leeds Festivals in the UK. –Lake Schatz

“I think the ultimate goal for me is if a transgender person can be known for anything but being transgender,” she told Billboard of her career. “There are still too many people who think being transgender is very freaky. And they think you can’t live a happy life and try to tell their kids not to transition because they’re afraid their life will be harder.”

Brooklyn native King Princess balances the fine art of feeling and catchiness in her music. The first act signed to Mark Ronson’s Zelig Records, her debut single, “1950” — an ode to queer love and the LGBTQ community — easily racked up 200 million streams and found fans in Harry Styles and The xx’s Romy Madley Croft. King Princess made her Coachella debut earlier this spring, but with her first-ever album on the way, the genderqueer 20-year-old still has plenty of tour dates on the horizon, including appearances at Firefly Music Festival, Glastonbury, and Rock Werchter. -Lake Schatz

“Everybody has a choice of how they want to express their queerness and for me it just, if this is the way that I can provide for people to like attach themselves to my art and feel like I’m voicing something for them, then fuck yeah,” King Princes explained to them of her chosen way to demonstrate her queerness.

Laura Jane Grace of Against Me!

Against Me! founder and front person Laura Jane Grace came out as a transgender woman in 2012, becoming one of the first well-known rock musicians to do so. Her journey in transition later informed much of the band’s acclaimed Transgender Dysphoria Blues album from 2014. Since then, Grace has repeatedly used her platform to defend the community and educate others on LGBTQ rights. The 38-year-old Florida native fervently protested North Carolina’s anti-transgender “bathroom bill”, and penned the illuminating 2016 memoir Tranny: Confessions of Punk Rock’s Most Famous Anarchist Sellout in collaboration with Noisy editor Dan Ozzi. Up next for Grace is a solo summer tour under her moniker Laura Jane Grace & the Devouring Mothers, followed by a full album performance tour with Against Me! in the fall. –Lake Schatz

“The cliché is that you’re a woman trapped in a man’s body, but it’s not that simple,” she told Rolling Stone of the misconceptions about transgender women. “It’s a feeling of detachment from your body and from yourself. And it’s sh*tty, man. It’s really f*cking sh*tty.”

(Buy: Tickets to Upcoming Against Me! Shows Here)

Formed originally in Olympia, Washington, punk rock veterans Team Dresch were an integral piece of the DIY queercore scene. The band called it quits in 1998 after releasing the well-received sophomore album, Captain My Captain, but have since announced a reunion. The comeback not only included this month’s “Your Hands in My Pockets”, their first new song in 19 (!) years, but a fresh slate of rockin’ US tour dates. –Lake Schatz

“I think some part of [the closeness and challenges of the relationships within Team Dresch] has to do with the genesis of the band being the targets of violence back in the ’90s,” Kaia Wilson told Bandcamp of the group’s early years. “[Homophobic violence] still is very prevalent of course, but it was even more intense back then. It felt like we were always having to protect and look out for one another. We were always trying to create that more safe-feeling queer space at our shows.”

Honey Dijon is one of the few black transgender women in electronic dance music and the industry as a whole. After growing up in Chicago, she moved to New York City and honed a sound informed by the roots and soul of house while also incorporating other genres like techno and disco. Her sets as well as original tracks have catapulted her to the point where she’s now regularly playing for massive crowds, touring with Disclosure, and helming soundtracks for fashion brands like Supreme and Louis Vuitton. No matter how busy, though, Honey Dijon always proudly takes the time to speak up about LGBTQ isues. Following a set at this year’s Movement Festival in Detroit, she’ll be on the road all summer long playing in New York, London, Ibiza, Barcelona, and more. –Lake Schatz

“This is a 30-year-old subculture that’s now above ground, and I try to convey that music from where I come from — queer, black culture,” Honey Dijon told SSENSE of house. “This music was started by queer people of color.”

Lindsay Jordan serves up deadpan indie rock coated in a thick honey of diaristic queer desire. At just 19, the frontwoman of Snail Mail has two records (last year’s Lush being one of our Top 50 Albums of 2018) under her belt. She’s rocked countless crowds worldwide with razor-sharp guitar, trenchant lyricism, and an intimate lo-fi sensibility that work together to convey an emotional intelligence few and far between for even the most pseudo-self-actualized adults among us.

Jordan identifies as gay, and her meteoric rise to music royalty has quickly positioned her as the icon for young people in the LGBTQ+ community — something she’s taking in stride. “I don’t want to tokenize it. Because it has nothing to do with my music, and I don’t consider it a part of my musical identity … But if it means you can be a beacon of representation for other people, then that’s tight,” Jordan told NYLON.

“I am more than just Big Freedia/ I am more than just Queen Diva/ I am more than just Freddie Ross/ I am me.” These words help to open 2014’s “Explode”, Big Freedia’s pulsating and poignant sonic declaration that we should all be free to live our truth. Freedia identifies as a gay man but answers to both “he” and “she” pronouns. This proclamation of visibility and fluidity is integral to the uncontested Queen of Bounce music’s mission to bring her hometown, her once hyper-regionalized genre, and the LGBTQ+ community to the world stage.

The ambassador of New Orleans began her career as a choir director, moving on to tour rigorously around the south, eventually bringing her signature gritty growl to mammoth tracks like Beyonce’s “Formation” and Drake’s “Nice for What”. Later, Freedia would star in her own GLAAD Award-winning reality show, Big Freedia: Queen of Bounce, and write a critically acclaimed autobiography, God Save the Queen Diva.

Step into a Big Freedia show and be instantly transported into a sweaty, sexy, electric wormhole of unrepentant self-expression. Lucky for you, there’s a whole slew of tour dates to choose from. –Irene Monokandilos

What does it mean to be a living, breathing, queer feminist who is both proud and pissed in equal measure? Ask Sleater-Kinney.

There is no complete list of LGBTQ musicians without mention of the unassailable, indignant dissidents that led the marginalized to punk’s promised land c. 1994. Catapulting off the Riot Grrrl movement, Sleater-Kinney proudly wielded Carrie Brownstein’s acerbic lyrics, Corin Tucker’s frenzied trill, and Janet Weiss’ resounding drumbeats on the front lines of a rebellion against the harsh realities of sexism, homophobia, and traditional gender roles.

After what seemed like a lifetime, Sleater-Kinney are back, just when we need them most. The rock heavyweights kicked off 2019 by announcing a new album, produced by none other than the inimitable St. Vincent, and a 31-date North American fall tour. –Irene Monokandilos

Hip-hop has long been a genre wrought with homophobia. That narrative is changing, however. LGBTQ+ identifying musicians are pushing the genre forward when it comes to inclusivity and acceptance, simply by being themselves.

Among them is the King of Making Us Uncomfortable, Tyler, the Creator. Once lambasted for the excessive use of homophobic slurs, the Odd Future rapper declared his own sexual identity with 2017’s Flower Boy. On tracks like “ I Ain’t Got Time,” Tyler admits he has “been kissing white boys since 2004.” The straight cisgender world quaked.

Tyler has gone on to advocate for LGBTQ+ musicians in his work, including fellow Odd Future member Frank Ocean. His explicit lyricism and penchant for not giving a f*ck about your expectations continue to fuel the movement.

Tyler, the Creator hits the road in support of his exceptional new album, IGOR, this fall. Along for the ride are Jaden Smith, Blood Orange, and GoldLink. –Irene Monokandilos

In 2018, Consequence of Sound lauded Artist of the Year Janelle Monáe as a champion of individuality, queerness, and otherness. Cap Blackard called her “the sound of now. Of fear peeling away. Of the ‘evolution’ in ‘revolution.’ Of hope. Of utopia. Of love flashing its teeth and not going down without a fight.” The sentiment holds true six months later.

Monáe — a young, black, queer American woman — continues to prove us right in 2019. The pop icon dedicated her 2019 Grammy nominations to the trans community, rocked this year’s Coachella (and rocked out to fellow advocate Lizzo). She even inducted the “Queen of Black Girl Magic”, Janet Jackson, into the Rock & Roll Hall of Fame.

Janelle Monáe’s pop perfect dance party is currently on the road in the US. –Irene Monokandilos